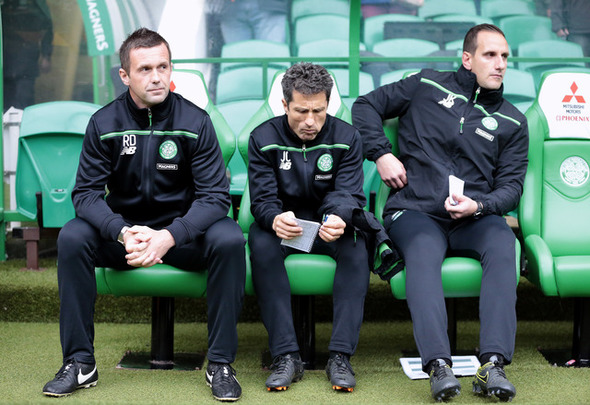 Celtic first team coach John Kennedy has admitted there was “minimal contact” between Leigh Griffiths and Clint Hill towards the end of Sunday’s Old Firm derby.

The two Scotland giants met at Celtic Park at the weekend, playing out a 1-1 draw with a first half goal from Stuart Armstrong being cancelled out by a late Clint Hill effort.

The fiercely contested encounter was not without controversy after referee Bobby Madden dismissed claims for a Celtic penalty after Griffiths went down from a late challenge from Hill.

The incident has been a huge discussion point for fans and pundits alike, but coach Kennedy has told, as quoted by the official Celtic Twitter account that the contact was minimal and he himself was put in a similar situation to Hill’s during his playing days.

JK on penalty claim: There was minimal contact on the penalty, I’ve been in that situation myself as a defender, it was last gasp.

The draw on Sunday put an end to Celtic’s three-match winning run against Rangers.

However, Brendan Rodgers’ team still sit 33 points clear of their fierce rivals at the top of the Premiership as they aim to win their sixth straight league title.

The Hoops will have another chance to bag a win over Rangers in April when the two meet at Hampden for the Scottish Cup semi-final clash.

In other Celtic news, Chris Sutton has named this Hoops trio in his team of the week following Sunday’s draw.