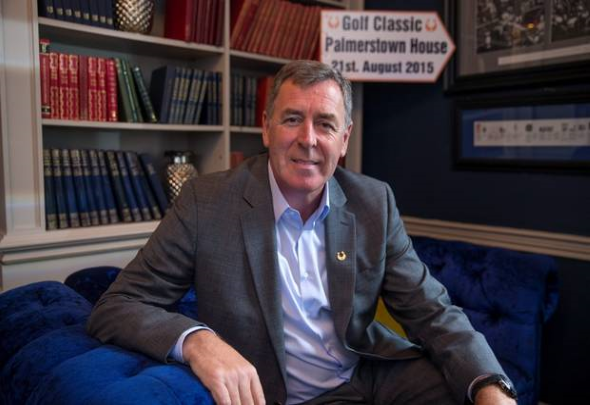 Celtic legend Pat Bonner has claimed Old Firm rivals Rangers must “spend money” if they are to have any chance of challenging the Hoops for the Scottish Premiership title – but insists it will “take a few years yet” regardless.

Brendan Rodgers’ side are on the brink of a seventh successive Scottish Premiership crown and could complete a historic back-to-back treble if they can also lift the Scottish Cup this term – something Bonner thinks would be a “remarkable achievement.”

The Gers are thirteen points behind their bitter rivals in the league with the two sides set to meet on Sunday in the semi-final of the Scottish Cup at Hampden.

Bonner also believes the Hoops have enough about them that if any challenge does come from Ibrox then Rodgers’ side can “lift their game.”

“If you have good organised players you can challenge any team but you have to get the players in, that’s the first thing, and you have to spend money,” Bonner said, as quoted by Sky Sports.

“You can’t hope to have a loan player here, a loan player there and pick the odd one up. You have to spend money to compete against Celtic and that is going to be the big challenge for Rangers, no doubt. And if that challenge comes then Brendan Rodgers and Celtic will probably lift their game.

“They are doing what they have to do to win championships and if they win the treble this year, again, it will be a remarkable achievement.

“Twice in a row, it hasn’t been done before so yes, to do it, I think it will take a few years yet.”

The Gers haven’t lifted a major trophy since 2011 after the club’s financial meltdown saw them thrown out of the top flight and have to climb their way back up the leagues.

The Ibrox giants have only picked up one win against their bitter rivals since – the penalty shootout win in the 2016 Scottish Cup semi-final – and the Light Blues will be hoping to change that on Sunday.

The gap between the two sides is much closer than Bonner gives the Gers credit for and had the recent Old Firm clash at Ibrox gone in the Light Blues favour, we would likely be looking at a massively different league table right now. A win at Hampden on Sunday could prove to be a huge psychological boost for the Light Blues after failing to pick up in a win for two years against Celtic and many of the squad having never been on the winning side in an Old Firm clash yet.