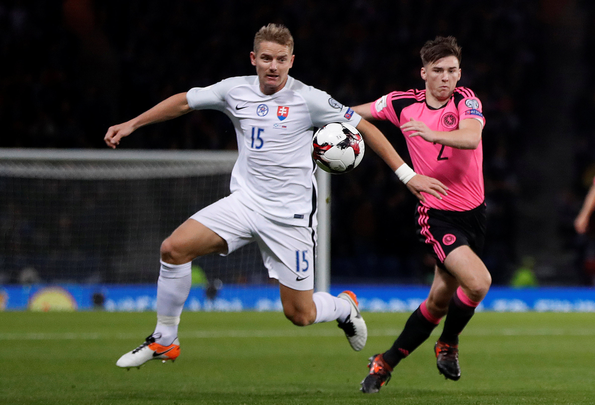 Scotland boss Alex McLeish hasn’t yet decided who will take over from Scott Brown as the new captain of the national team – but the ideal candidate is Brown’s Celtic team-mate Kieran Tierney.

McLeish, as reported by the Scottish Sun, revealed that he “keeping to myself” who the next captain will be, but the most likely candidate has to be the 20-year-old left back.

For a start he has already captained his national side last year,when he took the armband in a friendly against the Netherlands, so he won’t be phased by the accolades.

Secondly, for a player so young he has plenty of experience of playing in big games, such as against Manchester City and Barcelona in the Champions League group stages, and in numerous Old Firm derbies.

Thirdly, and perhaps most importantly, he is one of Scotland’s best and most influential players, and working with a born leader like Brown at Celtic he will have learned some lessons about how to captain a side, and Hoops boss Brendan Rodgers has, as reported by ESPN, backed Tierney to be the next captain.

Tierney seems to live and breathe football, he has been a Hoops mainstay since he broke into the side and has already made 48 appearances for the Scottish champions this season.

The player has a massive future ahead of him, and that should include captaining his national team.

In other Celtic news, Chris Sutton named five Bhoys in his team of the week