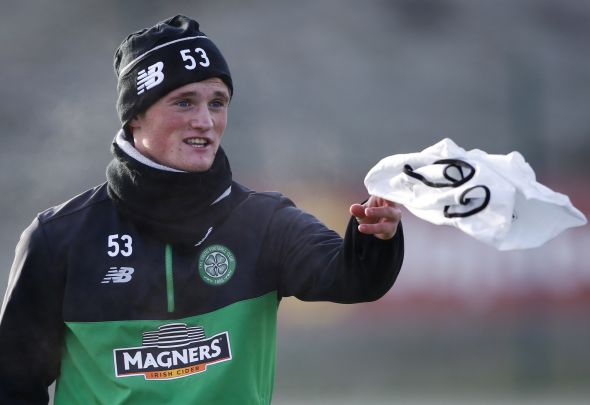 Celtic midfielder Liam Henderson could quit the club with just over 24 hours left before the transfer cut-off, according to a reliable journalist.

Sun transfer columnist Alan Nixon has claimed via his personal Twitter account on Wednesday evening that the 21-year-old, who has gone into the final year of his contract at Parkhead has a fixed fee set at £300k and could be heading for the club’s exit doors. Henderson is a product of the prestigious Celtic academy and has been at the club since 2008, joining at the age of just 12.

He had to wait five years before making his competitive first team debut, which came in a Premiership clash against Motherwell in December 2013 when he was aged 17.

He has since gone on to play in 36 matches for the Hoops first team, returning three goals and two assists.

Of those appearances 13 came in the last campaign, including an outing off the bench in the Champions League group stage 1-1 draw with Borussia Monchengladbach.

However, the signings of Olivier Ntcham and Kundai Benyu have pushed him further down the pecking order and due to his contract situation his future may now lie away from Glasgow.

Henderson was once thought of as a bright prospect in the Celtic youth ranks, but at 21 he should really now be pushing a lot harder for a first team place. The youngster hasn’t featured at all for Brendan Rodgers’ side this season despite the Hoops playing in Champions League qualifying matches and a Scottish League Cup match alongside their Premiership campaign. Therefore, if Celtic are able to make as much as £300k for Henderson then they should certainly take it, especially with the midfielder in the final year of his contract.

In other Celtic transfer news, a Premier League midfielder is jetting out for a medical after the Hoops opened talks.