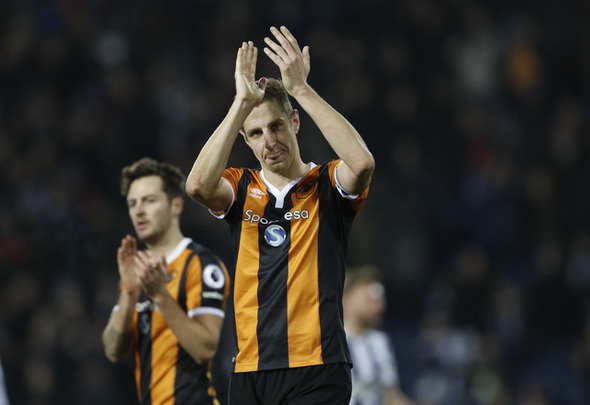 Celtic can take full advantage of the Steven Gerrard effect as it swings into full momentum by getting their hands on Michael Dawson, who is the latest player to show an interest in joining the Ibrox club.i

The 34-year-old, a four-time England international was quizzed on the talkSPORT Alan Brazil breakfast show, broadcast at 6am on Monday morning as to where his future lay with his contract at Hull City due to expire next month when he admitted: “It’d be nice to have that as an option,” referring to the Light Blues.

But with the player open to a move north of the border and nothing as yet set in stone, this is where Brendan Rodgers can step in and show his hand as the Hoops’ central defensive unit is in need of an overhaul.

Dawson would be a perfect partner at the back alongside Kristoffer Ajer, who has just agreed a new four-year deal with the Bhoys.

The 20-year-old would be able to draw from the former Tottenham centre-back’s knowledge of his years in the game and help to take the Norwegian to the next level.

With Dedryk Boyata flattering to deceive at times, Marvin Compper struggling with injuries, and the future of Erik Sviatchenko up in the air, it’s a position which is in real need of acquisitions and quality in reserve – Dawson would provide the solution to both of those issues.

Despite the fact he is now 34, the Tigers enforcer has remained a mainstay for the Championship side this season, making 41 outings in all for the Humberside club so there would be no need to gradually ease him into the set-up at Parkhead as he will already be up to speed with the requirements of the league.

Rangers have already started their summer business with the reported signing of Scott Arfield so Rodgers and co. better their skates on.