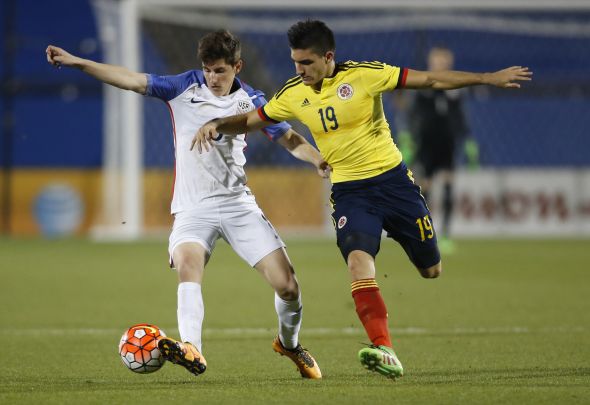 Celtic are plotting a move for Benfica ace Guillermo Celis to solve Brendan Rodgers’ midfield dilemma, according to a report.

The Scottish Sun claims that Rodgers is keeping tabs on the 25-year-old’s situation at Benfica, as he is struggling to gain a place in the Portuguese giants’ starting eleven.

The report has also revealed that the Bhoys will rival Belgian giants Club Brugge and Ukranian outfit Dnipro if Rodgers opts to make an official approach for the six-time Colombia international.

Celis was a £2million summer signing from Colombian side Junior FC in the summer, but the holding midfielder has featured just four times for Benfica and could be allowed to leave in January.

A suitable bid is believed to tempt Benfica in allowing their recent signing to leave Portugal, as the Champions League side look to reinvest elsewhere.

Rodgers is likely to enter January for a central midfielder as he looks to find a permanent partner for captain Scott Brown. Ryan Christie, Stuart Armstrong and Nir Bitton have all been tried but a January recruit is on the cards.

A part of Colombia’s squad that finished third in this summer’s Copa America, Celis’ last appearance came in October and is likely to be looking for an escape route.

Celis would be a top signing for the 47-time Scottish champions. Known for calmness and composure on the ball while adding a combative dimension to the midfield, Celis would provide an extra blanket for the defence as well as extra legs alongside captain Brown. With the Hoops eyeing a Champions League campaign in the 2017-18 season, Celis’ short experience in the elite competition could prove vital for the Hoops as they look to improve on this season’s campaign that saw them earn three group stage points. Celis’ arrival would finally end Rodgers’ pursuit of a central midfielder and could spell the end for Israel international Bitton, who has fallen down the pecking order under the former Liverpool boss.

In other Celtic transfer news, the Hoops have been dealt a major blow in the pursuit of this MLS star.