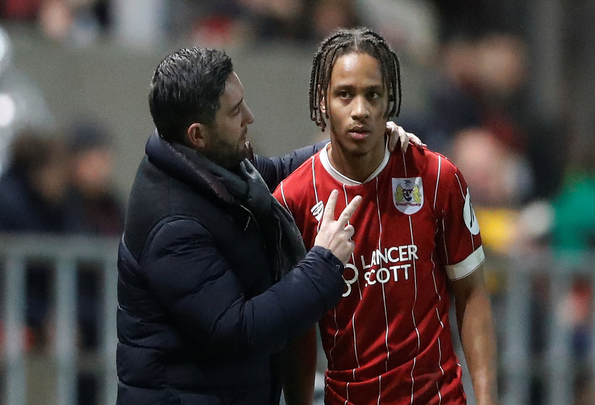 There’s little doubt that Moussa Dembele’s future at Celtic will be subject to plenty of speculation during the summer.

Indeed, the Daily Mail is reporting that the Hoops are expecting bids to be made for the Frenchman in the summer.

If Dembele does leave, the Hoops will naturally need a replacement striker, and there is one player who is tearing up the Championship – similar to what Dembele was doing when with Fulham – that the club should sign – Bristol City’s Bobby Reid.

Reid has had a superb season with The Robins, scoring 19 goals and helping them make an unexpected run at promotion to the Premier League.

His biggest moment of the season so far was scoring against Manchester City in the first leg of the EFL Cup semi-final, which gave Bristol an unexpected lead in the game.

The 25-year-old is the joint top scorer in the Championship, and some Premier League clubs have already expressed an interest in the player.

The Bristol Post reported that Bournemouth are keeping tabs on the striker, but the Hoops can offer more than them, as the prospect of playing Champions League football in-front of a crowd of 60,000 spectators must be an enticing one to any potential signing.

Of course, a lot will depend on if Dembele departs during the summer or not, but if he does leave then Reid is the perfect replacement, and a future star the Hoops should be keeping an eye on.

In other Celtic news, three players could leave the Hoops in the summer