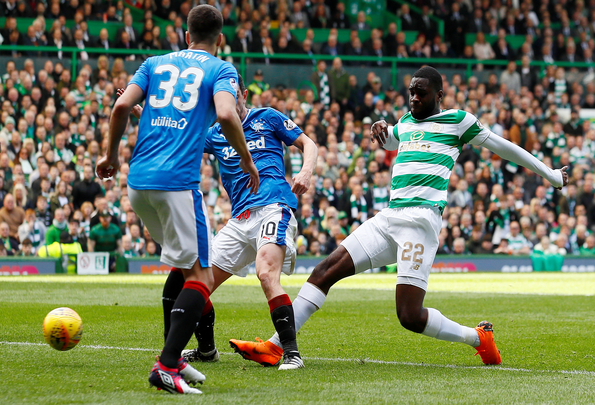 Odsonne Edouard had a very good loan spell with Celtic last season – but he isn’t worth the money that PSG are reportedly looking for to make the deal a permanent one.

The Scottish Sun reports that the Hoops have a deadline of May 31st to sign the player on a permanent basis – but the French champions are looking for £10million for the 20-year-old.

That would smash the Hoops’ current transfer record by £4million, and despite the undoubted qualities the player  has at this moment in time he isn’t worth that kind of money.

The Hoops have more pressing issues they could be spending money on instead, such as another left-back or centre-back, so if they can’t persuade PSG to lower their price they should try to get him on another loan deal or move on to new targets.

Brendan Rodgers would no doubt love to get the player signed up on a permanent deal, but you have to doubt that Peter Lawwell and the rest of the Hoops board would be wiling to spend eight figures on a player for the first time in the club’s history.

Only time will tell, but the Hoops have never pushed the boat financially to the extent that PSG want for Edouard, and they are unlikely to change their policy any time soon.