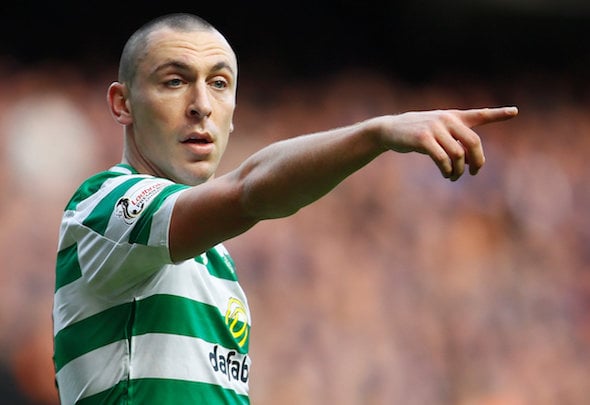 Leigh Griffiths will be tempted to follow Scott Brown in swapping Celtic for Aberdeen this summer.

That is according to ex-Aberdeen forward Noel Whelan, speaking exclusively to Football Insider after the Sunday Post (via 67 Hail Hail) reported that the Dons are considering a move for the 30-year-old striker.

Griffiths has been used sparingly this season, starting only eight matches throughout the campaign and scoring just five goals.

Decorated Celtic skipper Brown signed a pre-contract with Aberdeen last week and will join as a player-coach in June.

Whelan is impressed with newly-appointed Aberdeen manager Stephen Glass’s work and thinks Pittodrie would be a superb destination for Griffiths.

He told Football Insider correspondent Dylan Childs: “Stephen Glass has gone in as manager and he’s straight away looking for leaders, people that are going to drive that team forward with their characters.

“He wants people that know about the league so there’s going to be no surprises in terms of what you’re walking into in the Scottish Premiership.

“I’ve played at the club and it’s a great club but they have always lacked that one player who’s got that leadership, who can be a little bit horrible out there on the field. You’ll get that from Scott Brown.

“As for Leigh Griffiths, he’s a natural goalscorer. He needs to be playing regularly and I think he’ll get that game-time under Stephen Glass. I think it’d be a great move that he will probably take a look at.

“Aberdeen are looking like a good outfit. They won’t get there in terms of competing with Rangers and Celtic but they might get a little bit closer by bringing these players in.”

Griffiths joined Celtic from Wolves in 2014 in a £1million deal.

In other news, potential summer signing could be handed Celtic armband ahead of current deputy Callum McGregor. 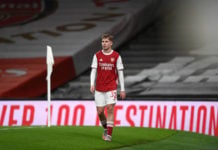