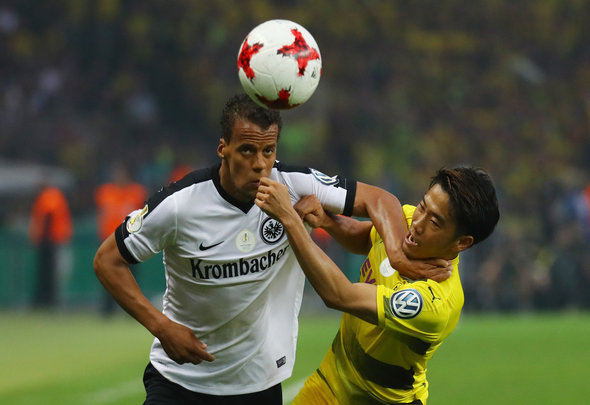 Chelsea have confirmed that versatile defender Michael Hector has left the club on a season-long loan to Hull City.

Hector, who has earned 19 caps for Jamaica since his debut in 2015, has never made an appearance for Chelsea, having arrived from Reading, where he came through the youth ranks, two years ago for £4million.

Able to play in the heart of defence or as a midfield enforcer, he was loaned back to the Royals for the 2015/16 season, before seeing himself shipped off to Bundesliga side Eintracht Frankfurt for the last campaign.

He ended up making 27 appearances across all competitions for the German side, scoring a single goal, as he helped them reach the German Cup final, where they were beaten by Borussia Dortmund 2-1.

He is contracted to Chelsea until 2020, and will join fellow Blue Ola Aina at Hull as they look to make an immediate return to the Premier League following relegation.

Unlike the majority of those on loan from Chelsea, Michael Hector is no youngster. He is not a developing star looking for first team action to benefit his development. He is a 25-year-old who, despite a £4million deal, has never had a career at Stamford Bridge. Whether the club view him as a potential centre-back is also questionable, with Antonio Rudiger joining this summer, while the likes of Matt Miazga and Andreas Christensen have also returned after loan spells. Perhaps the player himself does not want to leave the Blues for personal or financial reasons, but it would be a surprise to see him collect even a handful of appearances before he leaves permanently.