Chelsea could name an unchanged starting XI when they take on Sunderland at the Stadium of Light in the Premier League on Wednesday evening.

Midfield duo Cesc Fabregas and Willian are set to be overlooked yet again as Antonio Conte should name the same line-up to the one which recorded a 1-0 victory over West Brom on Sunday afternoon.

Diego Costa is set to start up front after scoring his 12th league goal in 15 appearances in Sunday’s victory and he should be joined by Eden Hazard.

The Belgian has also been impressive this season and he should line-up for his 16th league start of the season but Willian is likely to miss out.

The Brazilian came on as a substitute after 63 minutes during Sunday’s clash but Pedro has been given the nod for the majority of the season and he is likely to retain his place.

N’Golo Kante and Nemanja Matic should start in their usual holding midfield positions, while Victor Moses and Marcos Alonso should also start out wide.

It means Fabregas will be left on the bench yet again, while David Luiz, Gary Cahill and Cesar Azpilicueta line-up in defence to form a solid back three.

Thibaut Courtois is the obvious number one choice so he should complete the starting XI which will be looking to extend their lead at the top of the Premier League table.

In other Chelsea news, these are the three things we learned from the 1-0 victory against West Brom. 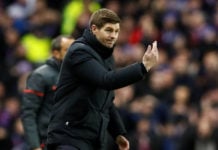