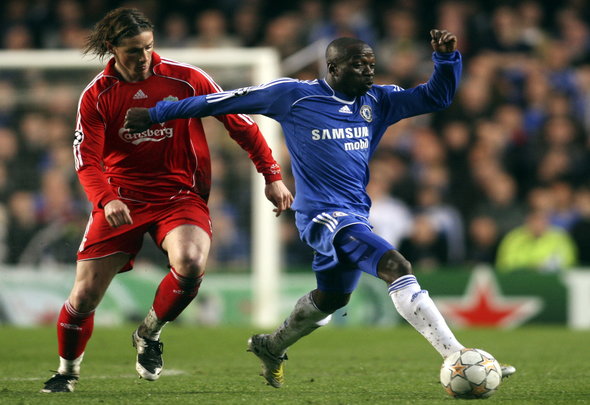 Claude Makelele has returned to the Premier League to join Swansea’s coaching staff – and Chelsea fans have expressed their delight on Twitter that their former player is back in England.

Swansea confirmed on their official website that the 43-year-old has linked up with manager Paul Clement, who he previously worked with at Chelsea as a player and Pairs Saint-Germain as a coach.

The Swans have announced that the Frenchman is now their assistant coach and will be in the dug-out for the club’s game against Arsenal on Saturday.

Makelele will be hoping to improve a struggling Swansea side as they try to fight relegation from the top-flight.

The former French international had a successful spell in England as a player, winning two Premier Leagues, two League Cups and an FA Cup with Chelsea.

The Blues supporters are thrilled to see their former midfielder back in the Premier League as a coach.

Nice to see Makelele back gracing the #EPL.. Absolute legend and beast in midfield.. Welcome back to England Claude.. #CFCLegends

Wish we brought Makelele back for our coaching staff #CFC #KTBFFH

Makelele has a mammoth impact during his time in England and his qualities in defensive midfield saw his position named the “Makelele role”.

The ex-Real Madrid man was the perfect shield in front of the defence and was the unsung hero of Chelsea’s glory years.

The Blues currently have a similar player in N’Golo Kante in their side and he will be hoping to emulate the great Makelele.

In other Chelsea news, a Sky Sports pundit believes that Antonio Conte should replace one of his regular first-team players.

We’ve launched an << EXCLUSIVE TRANSFER WINDOW NEWS FEED>>. ‘Like Us’ on Facebook by clicking here if you want 24/7 updates on all Chelsea transfer news.