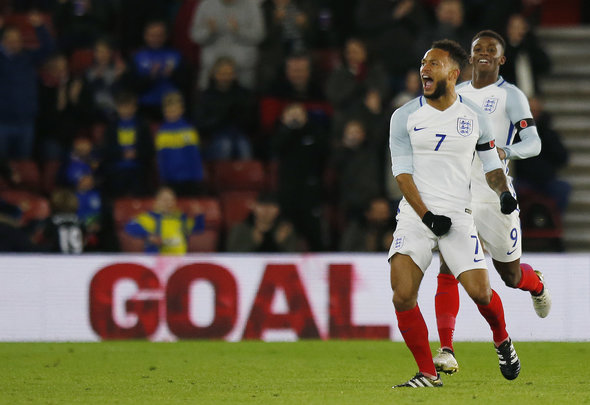 Chelsea midfielder Lewis Baker has rejected the chance to join West Ham after they made an approach to sign him on loan, according to a report.

The Mirror claimed in their live transfer blog on Friday [09:15am] that the Hammers and their Premier League rivals Bournemouth were both vying to land the 22-year-old, however he has emphatically decided to rebuff their interest and is instead heading to Middlesbrough.

It is understood that Baker sees himself as being able to get more first-team opportunities at the Riverside Stadium under the charge of ex-Leeds boss Garry Monk.

The report adds that the England Under-21 international is set to move to Teesside on a two-year deal, straight after spending two years in the Netherlands with Eredivise outfit Vitesse, where he won the Dutch Cup last term.

The Daily Mail had reported that Reading and Bristol City were also keen on signing up Baker on a temporary basis, but it now seems as though Boro have won the race and Monk has made it public that he is keen on the Premier League midfielder.

Chelsea’s loan system is criticised a lot and the fact that Baker has been their player since 2005 and has only a handful of first-team appearances shows that their system doesn’t work. Baker has a lot of promise, but there is no way he will have the chance to show it at Stamford Bridge. The best thing he can do is try to secure a permanent move away from there as soon as his loan spell at Middlesbrough is up. He will no doubt be hoping that they can secure promotion this season as that’ll mean he can play in the 2018/18 Premier League. It must have been a hard decision for him to turn down West Ham, but his decision was probably the best one for him to take on a personal level.

In other West Ham news, this influential playmaker is a doubt for the Hammers’ clash with Manchester United on Sunday.