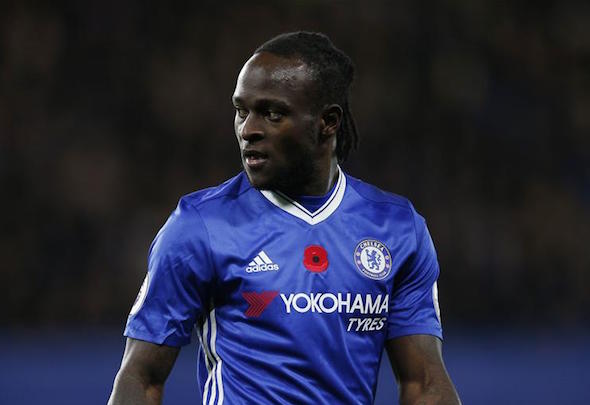 Football Insider rates the Chelsea players after their 2-0 defeat against Tottenham in the Premier League clash on Wednesday night.

Thibaut Courtois 6 – Made a good save from Eric Dier’s header and couldn’t do much about a well-placed Dele Alli goal in the first-half. Was beaten once again by an Alli header in the second-half.

Cesar Azpilicueta 5 – The defender was caught out of position for both of Alli’s goals in the penalty area and couldn’t deal with his movement.

David Luiz 6 – The centre-back was strong in his individual aerial battles and proved how much he has improved since he re-signed. Will be disappointed with conceding two goals.

Gary Cahill 6 – The left centre-back stuck to his task well for the most part and was not directly involved in the two goals conceded.

Victor Moses 4 – The Chelsea right sided defender was guilty of playing the Spurs attackers onside for Dele Alli’s headed goal. He was also pegged back and lost the battle against Danny Rose.

N’Golo Kante 5 –  He battled well against an impressive Mousa Dembele and Victor Wanyama, but was for once second best and couldn’t help his team offensively.

Nemanja Matic 5 – The central midfielder replaced Cesc Fabregas in the starting XI and showed his strength, but

Marcos Alonso 5 – The left wing-back offered little as an attacking threat against Kyle Walker and was taken off in the second-half.

Pedro 5 – The Spaniard attacker was recalled to the staring XI after serving his one-game suspension, but failed to threaten Hugo Lloris in goal.

Diego Costa 5 – The in-form striker battled well against the three Spurs centre-backs and dragged one shot way over in first-half. He was very restricted in chances and couldn’t add to his goal tally.

Eden Hazard 6 – The Belgian looked like Chelsea’s biggest attacking threat and saw a lot of the ball. Missed good chances though in each half for his side.

In other Chelsea news, Stan Collymore claims that only two Spurs players would get in the club’s team.