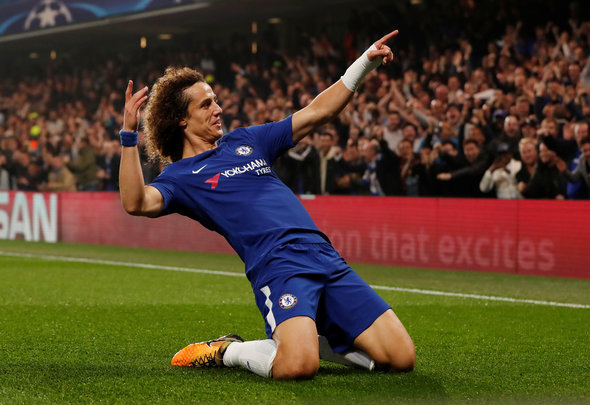 Arsenal have made an offer for Chelsea defender David Luiz, according to a report.

Le10Sport claim that Luiz, who has fallen out of favour at Chelsea, is likely to leave in the summer, especially if Antonio Conte stays on as manager.

Arsenal have reportedly made an offer close to £17.5million for the centre-back, but this has been rejected by Chelsea.

Arsenal are yet to come back with an improved offer for the 31-year-old, who stands 6ft 2in tall according to Transfermarkt.

David Luiz’s return to Chelsea was going well and he looked like a completely different player after his £31.5million move from PSG in the summer of 2016. He made 33 league appearances in the 2016/17 season but suffered from injuries last season, and has been frozen out by manager Conte. It looks like he’s going to leave but two questions have been thrown up by this report. Firstly, Unai Emery has already signed Stephan Lichtsteiner, 34, from Juventus. Does he need another defender on the wrong side of 30? Luiz is obviously still Premier League quality but it would hardly be building for the future. Plus, exactly how much do Chelsea think they’re going to recoup from a 31-year-old who they’ve frozen out at Stamford Bridge? He’s only contracted until the end of next season, when he gets to leave on a free. Given that, £17.5million – if that is what Arsenal has bid – seems more than fair, and if it’s been rejected they should just move on.

In other Chelsea news, the club must fast-track this loan star to the first team next season.