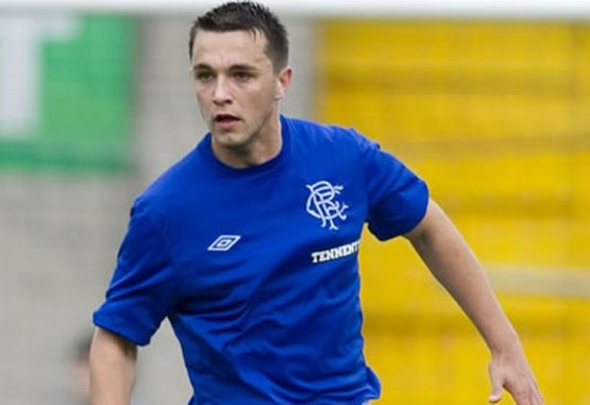 Former Rangers defender Chris Hegarty believes helping hometown team Dungannon Swifts to lift a trophy will be a bigger achievement than playing for Rangers.
The Northern Irishman will be involved in Saturday’s League Cup final against Ballymena United at Windsor Park and thinks if he can help his side to success it’ll top his time in the first-team at Ibrox.
The 25-year-old played over 30 games for the Gers after the club’s financial meltdown in 2012 before moving on and joining Linfield in 2014.
Hegarty thinks success at the club he grew up supporting “means more” than doing it anywhere else – even Rangers.
“I think it will be my biggest moment as a player and bigger than when I was at Rangers,” said Hegarty, as quoted by the Belfast Telegraph.
“This is my club. I grew up wanting to play for Dungannon Swifts and when it is your own club I think it means more.
Dungannon have never lifted the Northern Irish League Cup and the furthest they had went before this season was the semi-finals in 2009/10.
Hegarty was a regular in the Rangers side under Ally McCoist during the club’s single season in the Scottish Third Division after joining from Millwall in 2010 and breaking through the Gers’ Academy after an exodus of first-team players.
After helping the Gers secure promotion to League One, the Northern Irish youth international found himself on the sidelines before leaving on a free transfer to join Linfield.
In other Rangers news, a stunning £50,000-a-week deal is on offer to a Light Blues first teamer in game-changing development.
Don’t miss out on breaking and exclusive Rangers news by clicking here for our brilliant 24/7 updates on Facebook, Instagram and YouTube.