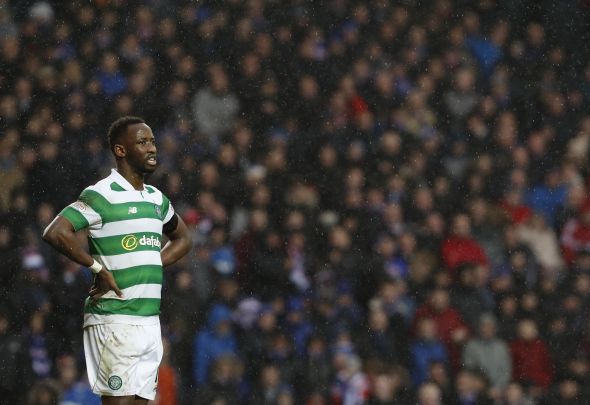 Chris Sutton believes Celtic ace Moussa Dembele wouldn’t get into one of the top teams in the Premier League.

The Belgium international made a £33million move to the London-based club over seven months ago but he has only played 93 minutes of football in the Premier League since.

He has not started a single league game for the current leaders with Spain striker Diego Costa keeping him out of the team.

Sutton believes the highly-rated Dembele moving to England’s top division would result in the same situation for the Frenchman.

Here is Sutton explaining why Dembele wouldn’t be able to cut it in the PL:

“He is not going to get into one of the top teams, he’s not going to get ahead of Costa, Aguero, so he needs to stay and develop,” Sutton told BT Sport. “Play Champions League football at Celtic and become a better player.

“Look what has happened to Michy Batshuayi at Chelsea this season, went for big money and hasn’t played.

“He’s very raw, he’s got some great attributes, but he can still improve his link up play and there is still a lot more to come.”

Dembele moved to Scotland from English championship side Fulham last summer when he made a free transfer to the Glasgow club.

He has never plied his tried in the top tier of English football, but since his move up north, he has won many plaudits for his performances.

This season, Dembele has scored 27 goals in 41 games in all competitions for Brendan Rodgers side who are steam-rolling the SPL.

The Bhoys are currently unbeaten on the domestic circuit, having already lifted the Scottish League Cup in November to boot.

Dembele has been a huge part of that success under Rodgers, scoring 13 goals in 23 Premiership games, including four league goals against bitter rivals Rangers.

In other Celtic news, supporters on Twitter have reacted to Kieran Tierney’s performance against Hamilton.