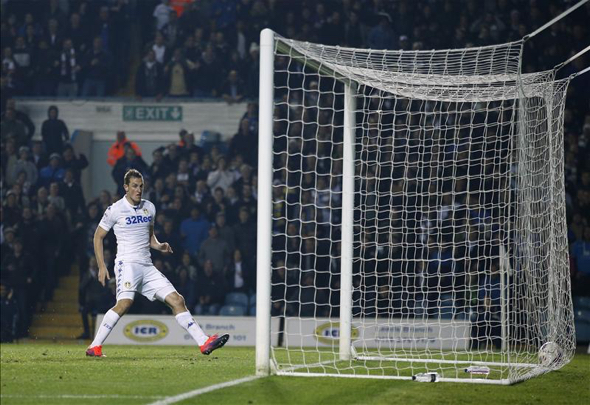 In-form striker Chris Wood has said that Leeds have finally managed to deliver consistency after an inevitable bedding-in period this season.

Leeds have been in great form recently and are unbeaten in five games across all competitions, including three straight wins in the Championship.

The last match was a thrilling 3-2 win against promotion rivals Norwich and Wood scored the second goal before Ronaldo Vieira secured the three points in injury time.

The win moved Leeds up into the play-off places in sixth, one point behind Norwich, and has given fans real hope for the season.

Talking to LUTV, Wood has said that Leeds are in a good place and finally delivering what he thinks the squad is capable of.

“We have a great squad, a great team and we’re all tight as a unit – that’s what we need, that’s what every team needs if they want to do well in the league,” Wood said.

“That’s what we always wanted, consistency, and that’s what we’re trying to bring to this team and the club.

“We’ve done that now, we know each other, how we play and it’s starting to show on the pitch.

“It’s become second nature and that’s what you want – that’s why you do all the hours on the training pitch. On game day it’s just natural. We have new ideas every week and that’s just going to make us better.”

Wood refused to get carried away though, despite his own run of good form that’s seen him deliver 11 goals in 19 games across all competitions this season.

“We’ve got to take it game by game. There are so many games coming up you’ve just got to look at the next game and see if you can get a result. And then who knows, you can put a run together and move up the table.

We’ve shown that no-matter what we’ll never give up and we’ll show that every week.”

The Whites face a real test next as they host Championship leaders Newcastle in a sell-out fixture at Elland Road on November 20.

A win would cut the gap at the top of the table to eight points.

In other Leeds news,  the Whites have been handed a blow in their pursuit of this Premier League target in January.