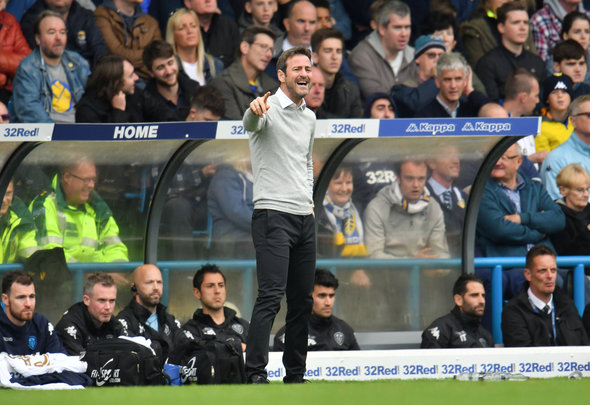 Thomas Christiansen has admitted that there are parts of Leeds United’s game that need refining after the 3-2 win against Ipswich on Saturday.

The Whites earned a hard-fought win at Elland Road thanks to strikes from Pierre-Michel Lasogga, Kalvin Phillips and a Bartozs Bialkowski own goal.

Although Leeds earned all three points and just about kept themselves top of the Championship table as Wolves and Cardiff also won, Christiansen has made it clear that the passing between the goalkeeper and defence is something that must be sorted out.

When asked about the slow build-up tactics, he was quoted by Yorkshire Evening Post reported Phil Hay on his personal Twitter account as saying: “It’s something we need to work on. Ipswich saw what we were doing.”

Christiansen on the passing between Wiedwald and the defence: "It's something we need to work on. Ipswich saw what we were doing." #lufc

Leeds conceded two goals in a league game for the first time since the opening day of the season on Saturday, leading many to ask questions of certain defenders.

With a trip to Cardiff just around the corner on Tuesday night, there’s no doubt that Christiansen will want his tactics on point for a clash which is already looking like an important one in terms of who may earn promotion this season.

After the midweek game with Cardiff, the Whites have another tough test when they travel to Hillsborough to take on Yorkshire rivals Sheffield Wednesday, in a run of games that could set the tone for the rest of the campaign.

In other Leeds United news, Christiansen has made a shock admission about Jansson after win against Ipswich.