Alex Bruce claims that Celtic have pulled off a “clever bit of business” by appointing Gavin Strachan as a first-team coach.

The former Kilmarnock and Leeds centre-back, speaking exclusively to Football Insider assistant editor Russell Edge, believes the 41-year-old’s affiliation with the Hoops is an added bonus to his coaching experience.

Celtic confirmed last week they had appointed Strachan as part of Neil Lennon’s backroom staff after, as revealed by Football Insider, agreeing a compensation fee with Peterborough United.

With some coaching experience already under his belt, Bruce believes his connection to the club will make Strachan a valuable member of the backroom staff.

“They needed to replace Damien Duff obviously why not go for Gavin? He obviously knows the club with his dad being there.

“I think it’s a clever bit of business done by Neil Lennon.” 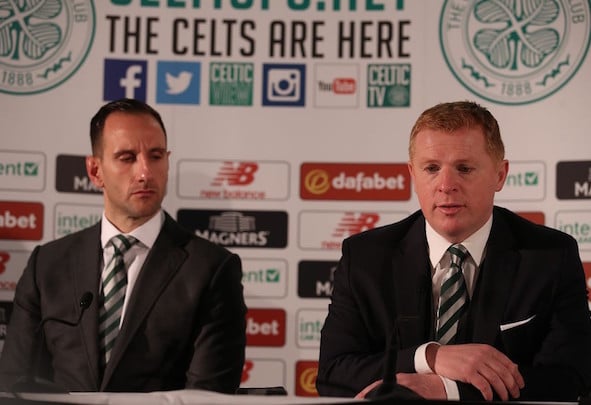 Strachan arrives at Celtic having been assistant manager to Darren Ferguson at Doncaster Rovers and Peterborough, while he also held the manager’s role at Ilkeston.

A former Scotland under-21 international, he played for a number of clubs across England and Scotland before hanging up his boots in 2011.

In other Celtic news, an attacking star “can’t pick the pen up quick enough” to sign a deal with the Hoops, according to Noel Whelan.