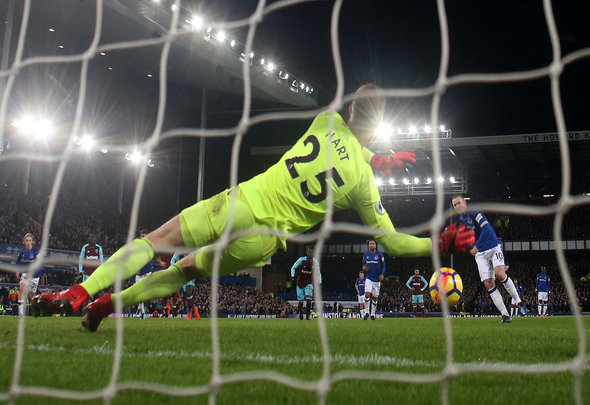 Former West Ham striker Tony Cottee has stated that he believes Joe Hart should leave the club in order to retain his England number one shirt.
Speaking in his column in SportingBet.com, Cottee claimed that things have not quite worked out for the 30-year-old since his move to the London Stadium,
“I was very excited when West Ham signed Joe Hart but I think he would admit he hasn’t performed as well as he’d have liked this season.”
Hart has been dumped to the bench following a number of good performances by current number one Adrian, although the England international did look good in the FA Cup fixture at Shrewsbury.
However, Cottee thinks that Hart’s England tenure could be in jeopardy if he stays with the London club,
“I’d like to see him stay at West Ham but he has to leave if he’s to keep his place in England’s World Cup squad,
“He needs to review his position and move on if he isn’t going to play.”
The emergence of Jordan Pickford and Jack Butland has added to the already crowded pool of talented England goal keepers, so Hart will need to be playing if he is to retain his number one position.
In other West Ham news, one Hammers coach has claimed that this striker is vital to their own Premier League hopes, amidst reports of a loan move away.