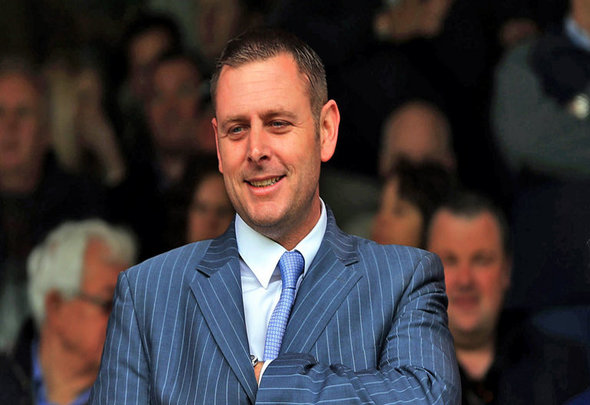 Peterborough owner Darragh MacAnthony has admitted that he expects teams to be interested in his players after Leeds United were reported to have scouted Jack Marriott and Marcus Maddison.

News outlet ClubCall has reported that the Whites deployed a scout to watch the Posh win 3-1 against Bradford on Boxing Day in order to keep a close eye on the dynamic duo.

MacAnthony has admitted that he isn’t sure whether Leeds are definitely interested in the two attackers, but he adds that he would not be surprised if they are.

“No idea Ryan but I guess lot of big clubs would be naive not to look their way etc. That’s nature of the beast in football. All the best,” he said on his personal Twitter account on Thursday when responding to a Leeds fan’s question about the reports.

@DMAC102 is it true Leeds are back in for Maddison and want Marriott from you ?

No idea Ryan but I guess lot of big clubs would be naive not to look their way etc. That’s nature of the beast in football. All the best 👍🏻 https://t.co/dIwUMJ4RHQ

Marriott, 23, has a stunning goal scoring record for Peterborough this season with 21 strikes in 33 appearances across all competitions.

Only Tottenham’s Harry Kane has more goals than the former Luton star in the top four leagues of English football.

Maddison, 24, is also in great form in front of goal and for creating them.

The former Newcastle youngster has netted nine goals and supplied a staggering 18 assists in 32 appearances across all competitions, so it is no wonder that Leeds could be interested in them.

ClubCall added that Aston Villa and Sunderland are also keen on the pair, so if the Whites want to sign them, they may have a bit of a fight on their hands from some of their Championship rivals.