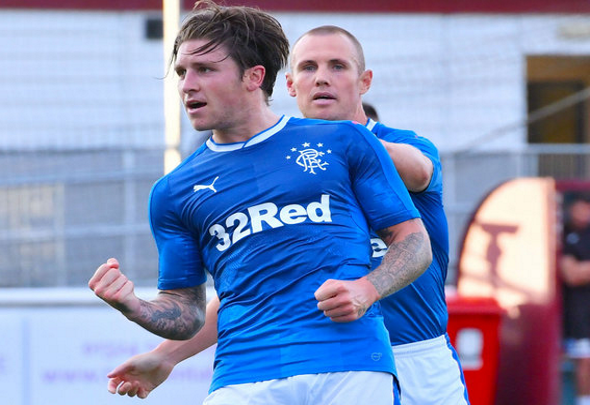 COMMENT
Sheffield United are the latest club to join the race to sign Rangers star Josh Windass after having a £500,000 bid rejected, as exclusively revealed by Football Insider, but if they aren’t going to come close to the Gers asking price they should stop wasting everyone’s time.
Rangers are believed to be looking for at least a seven-figure fee for the 23-year-old and lowball six-figure offers from Championship sides like Sheffield United won’t do much to entice the Gers to sell the former Accrington ace.
Windass has found something close to good form in the last few months but is still wildly inconsistent for the Gers but with as many as seven first-team players possibly heading for the exit door this month, Windass is likely to be an important part of the side in the second-half of the season.
If the likes of Sheffield United, Wigan and Preston want to convince the Gers to sell Windass they’ll need to cough up more than has been offered so far.
Preston handed over £500,000 to Motherwell for striker Louis Moult last week with the frontman entering the last six months of his contract at Fir Park so it’s difficult to fathom why they would expect a similar sum to be enough to lure Windass away with more than two years left on his Ibrox deal.
If someone does come in with a fee that comes close to what Rangers are looking for then it’s unlikely the Gers would stand in their way but for now, all they are doing is offering the equivalent of pocket change for a player who they are trying to convince to sign for them.
In other Rangers news, a defender has agreed terms for a temporary ibrox exit.