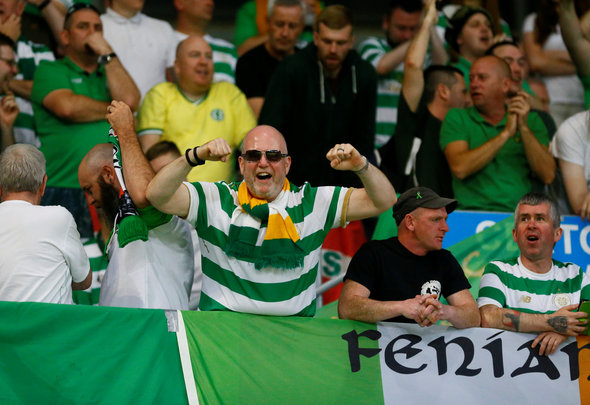 Celtic fans on social media have reacted with gales of hilarity after Rangers confirmed the suspension of Kenny Miller and Lee Wallace.

The news was announced on the Ibrox club’s official Twitter page a short time ago, with the duo suspended after an alleged confrontation with manager Graeme Murty’s after the Hoops 4-0 Scottish Cup win at Hampden on Sunday.

The pair have been suspended whilst the Ibrox club conducts an investigation into the matter.

Rangers can confirm two players, Lee Wallace and Kenny Miller, have this morning been suspended pending investigation into a team related incident.

The club will make no further comment until this investigation has been completed.

Unsurprisingly most Hoops fans have found the situation hilarious, with one fan going as far as to ask when former Hoops striker Miller was going to issue a statement.

Here are some of the best reactions from Twitter to the Gers statement:

Anything to get the wage bill down, bet Wallace wishes that he'd walked away when he had a chance. Junior club's are better run than them

Omnishambles club! Such a tragic club but great entertainment though. 😂🙌🏻

The Hoops fans will have a chance to remind the bitter rivals of this incident when the teams meet for the final time this season on the 29th of April, in a match which could see the Bhoys crowned champions depending on results this weekend.

Whilst the Light Blues stumble from crisis to crisis, the Hoops are in a great position, and can clinch their seventh league title in a row with win over Hibernian at Easter Road on Saturday.

The Hoops are also one game away from completing a second successive domestic treble, as they face Motherwell in next month’s Scottish Cup Final

In other Celtic news, with Rangers in turmoil the Hoops could move even further ahead