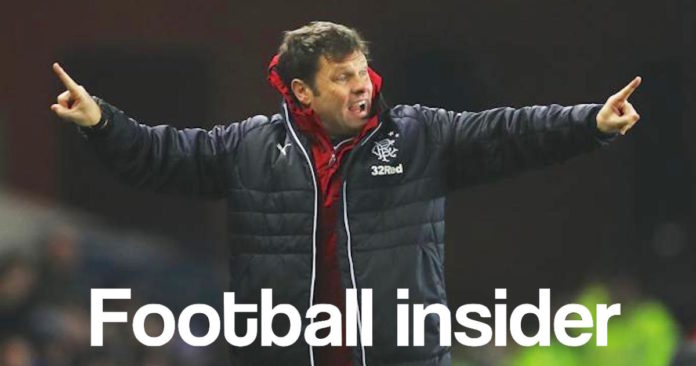 Kris Commons has raved about the “remarkable” impact of Graeme Murty since succeeding Pedro Caixinha as Rangers manager in October.

The Ibrox giants have climbed up the table and breathed some life into what had been a moribund title race on the back of six consecutive wins, in which they have scored 23 goals with some breathtaking attacking play.

Rangers will narrow the gap on leaders Celtic in the Scottish Premiership to three points on Sunday if they can win the most eagerly awaited Glasgow derby since 2012.

Asked about Murty on Wednesday afternoon, ex-Celtic player Commons told Sky Sports News, as quoted by the Sky Sports Scotland Twitter account, “What he’s done is remarkable. The club were in a really worrying moment, the results weren’t going for them, their attendances were down, it wasn’t nice football to watch under Pedro [Caixinha].

“If Graeme Murty had been there from day one, they’d be sitting top of the Premiership. I think beating Celtic is very important, but it’s not vital to getting the Rangers job.”

WATCH
“For once, @CelticFC are under pressure to perform at Ibrox”- Kris Commons says Sunday’s #OldFirm is the most important between the sides for years. https://t.co/LetX3blPaN

Murty’s points-per-match ratio is the best of any manager in the Scottish Premiership this season, including Brendan Rodgers. That is a humbling statistic for Celtic ahead of Sunday’s mouthwatering clash. Of course, it should not be ignored that the Hoops have had to contend with European football while maintaining the pace in the league, but Rangers’ budget is dwarfed by their rivals and Murty took over a team in disarray following the troubled Caixinha reign. For a previously untested manager, the former youth-team boss has done a brilliant job, bringing some pride back to a club who had been reduced to laughing stock status so often over the last half decade.