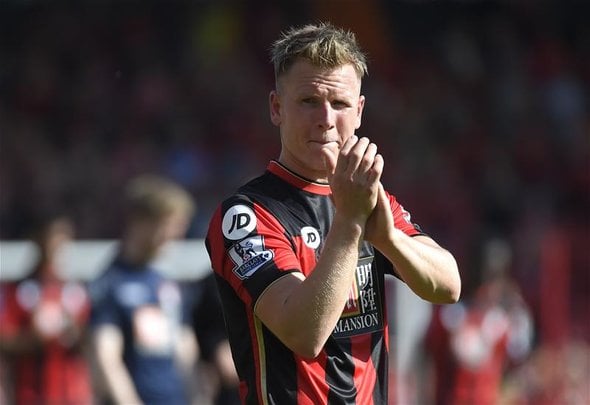 Rafael Benitez is poised to complete the signing of Matt Richie from Bournemouth in the next 24 hours, according to reports.

The Telegraph claim that the 24-year-old winger will move to Newcastle in a £12million deal and will fly to Tyneside to complete his medical on Friday.

The report says that Magpies will pay an initial fee of £10million plus an extra £2million in add-ons as the former Real Madrid manager looks to find cover for the outgoing Andros Townsend, who is preparing to join Crystal Palace.

Football Insider reported on Thursday that the England  international had secured a £12.9million move to Crystal Palace after talks were finalised.

Newcastle are said to have offered Ritchie a contract worth £55,000 per week, doubling his current Bournemouth wage.

The former Portsmouth forward scored four goals and notched six assists in the Premier League this season after becoming an integral part of Eddie Howe’s side and, despite still having two years on his current deal at Dean Court, has opted to drop down a league to join the Toon in the Championship.

In other Newcastle news, Andros Townsend will undergo a Crystal Palace medical on Thursday afternoon as he puts the finishing touches to his £12.9million transfer.