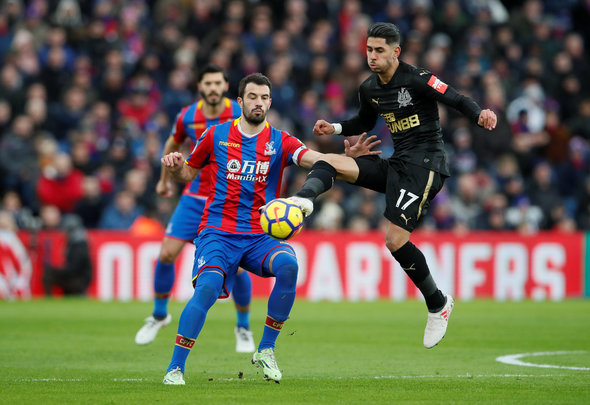 Newcastle United attacker Ayoze Perez has confirmed that he has not made his mind up over whether he will stay at St James’ Park this summer or leave for one of the club’s Premier League rivals.

The Spaniard has been a firm favourite under Rafael Benitez this season, having failed to feature in just two of the Magpies’ Premier League matches, and his recent rise in form has helped the club escape the relegation scrap at the bottom of the table, scoring two match winning goals in as many games.

However, the 24-year-old has revealed he is not opposed to leaving the north east side after four years with the club, but would only consider exiting for another club in England’s top flight.

He told Radio Club Tenerife, as quoted by the Daily Mail: “My priority is to keep playing in the Premier League and if it’s to take a step forward in my career then even better.

“I’m happy at Newcastle but I don’t know what will happen in the summer. I’ve been here four years and that is a long time.

“I’m pleased to have got the 100 games (in the Premier League) and to have scored more than 30 goals and I want to keep improving my numbers.

“I don’t know what is going to happen – I just want to finish the season as strong as possible and hopefully something good will come along in the future and we’ll see what decision we take.”

Perez has made 148 appearances across all competitions for Newcastle, 31 of those coming this season, and he has a total of 31 goals under his belt.

While Perez might not have been the most convincing forward this season, operating in the attacking midfield role, he is obviously well trusted by Benitez to carry out the required duties, and his impressive recent form has almost single-handedly rescued the Magpies from the threat of relegation. His comments then should come as a real concern, for it seems he may well have one eye on the St James’ Park exit door. For now, keeping Benitez at the helm should convince Perez to stay past the summer, but if his fellow countryman leaves, then the attacker could also be looking to fashion a move.