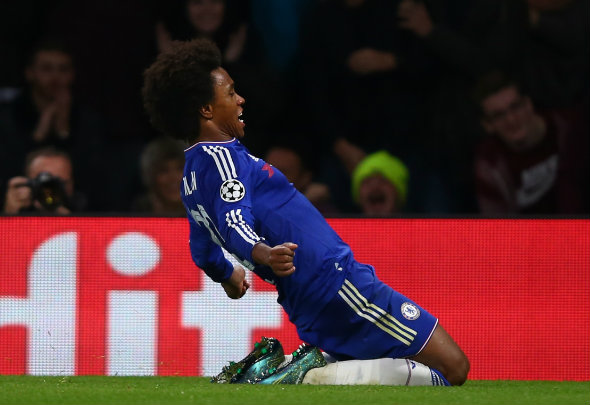 Chelsea have named the same starting XI for a sixth consecutive league game against Tottenham for Saturday’s Premier League match at Stamford Bridge, with Willian and Oscar named on the bench.

Blues manager Antonio Conte has shown faith in the same players that have enjoyed great success in recent matches and has not altered his starting line-up.

Brazilian duo Willian and Oscar are still trying to force their way into the team, but Pedro, Nemanja Matic and N’Golo Kante are currently settled ahead of them in the pecking order.

Chelsea have won their last six league games without conceding since switching to a 3-4-3 formation and have found some real consistency in their team.

John Terry and John Obi Mikel were the only players unavailable for the Spurs clash and Conte has elected to trust the players that have been delivering.

Chelsea climbed to the top of the Premier League after their narrow 1-0 victory against Middlesbrough, but Manchester City have overtaken them with a 2-1 win at Burnley.

Conte’s side can climb back to the summit with a win and will want to prove their title credentials against a fellow competitor.

Spurs are the only unbeaten side in the Premier League and are just four points behind the Blues.

Mauricio Pochettino’s side were eliminated from the Champions League in mid-week and will be keen to respond against their London rivals at Stamford Bridge.

Saturday’s match will also have an extra edge after the fiery encounter last season, when 12 players were booked in the 2-2 draw which handed Leicester the title.

In other Chelsea team news, Diego Costa and Harry Kane are both omitted from a combined XI with Tottenham players during the Premier League era.