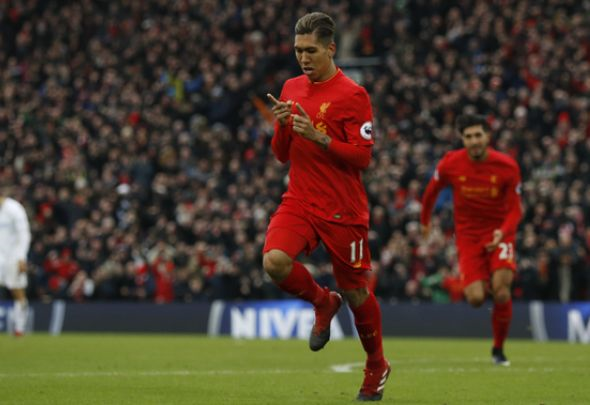 Jurgen Klopp has named just one change to his Liverpool side to face Middlesbrough for the final game of the 2016-17 Premier League season on Sunday.

Roberto Firmino returns to the starting eleven, having missed out through injury during the Reds’ emphatic 4-0 win over West Ham six days ago.

Attacker Divock Origi is the man to miss out for Liverpool, with the 22-year-old dropping to the substitutes’ bench.

Firmino has been in exceptional form for Liverpool this season, contributing 12 goals and 10 assists from 40 appearances in all competitions.

But aside from the return of the Brazilian international, as many as ten players retain their places in the line-up from the West Ham victory last time out.

Daniel Sturridge, therefore, leads the line once again for Liverpool, having featured only intermittently this term.

Liverpool need a win to secure a top four finish in the Premier League this season, and earn themselves a return to the Champions League after a one-year absence.

The Reds currently hold a narrow one-point advantage over fifth-placed Arsenal, who face Everton, knowing they can rule out any possible overhaul from their rivals by beating relegated Middlesbrough.

In other Liverpool team news, the Reds reportedly have a date in mind to trigger the release clause for this Premier League winger.