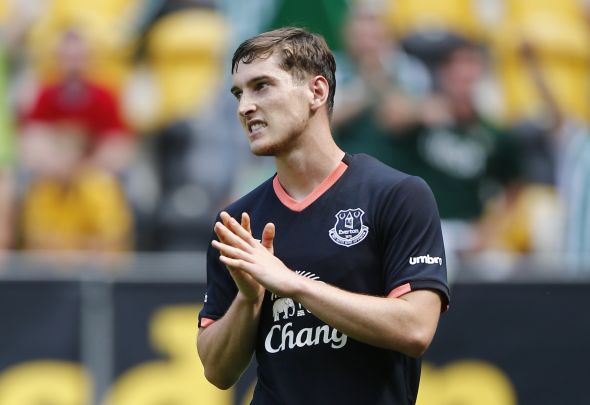 Everton midfielder Conor Grant will be returning to the club after a proposed transfer to Doncaster Rovers fell through.

22-year-old Grant had been at loan at Rovers for the second half of the season and a potential permanent transfer deal had been mooted by the League Two side’s chief executive Gavin Baldwin.

He told the Doncaster Free Press back in February that the two clubs had reached an informal agreement over the transfer of the player.

However, it appears that the deal is off the table after the newly promoted side confirmed on their website that Grant would be returning to Goodison Park.

Doncaster wrote on its official club website: “Conor Grant has returned to parent club Everton after his loan expired, and Rovers will not pursue a permanent move at this time.”

Grant made 21 appearances at the Yorkshire based club during his loan spell, scoring a solitary goal in a 3-1 win over Crewe.

He is yet to make a senior appearance for Everton.

It is not yet known whether it is player or club who have decided against making the loan move a permanent one, but Grant can be expected to be shipped out of Goodison Park once again this summer. The fact that Everton had already agreed a deal with Doncaster shows he has been deemed surplus to requirements by Ronald Koeman, so he cannot be expecting to fight for his future on Merseyside. At 22-years-old, he has an important decision to make regarding the future of his career, so he would be wise to take the time to consider where he wants to be playing next season.

In other Everton transfer news, the Toffees are set to make a serious push for prolific striker.