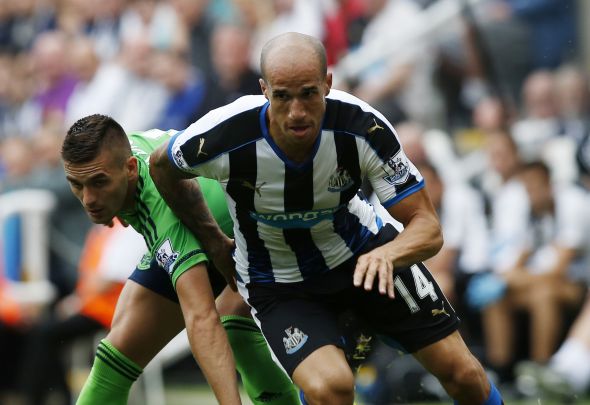 Anzhi, who play in the top tier of Russian football, announced the deal on their official Twitter account.

“Former Manchester United and Newcastle player Gabriel Obertan has become an Anzhi player! It is a two-year contract,” reads the translation.

The Toon giants paid just shy of £3million for the 27-year-old when they signed him from Man United in 2011, but opted not to renew his contract this summer.

During his five years at Newcastle he played just 77 times and was only able to find the net on three occasions as he struggled to live up to expectations.

His last two season have been injury plagued, with a hamstring injury keeping him out from October to March in the most recent campaign.

Newcastle have had a major clear out this summer following their Premier League relegation, and boss Rafa Benitez has spent big as the club look to return to the top flight.

In other Newcastle transfer news, they clinch their third deal of the day after agreeing terms of £60,000-a-week transfer.