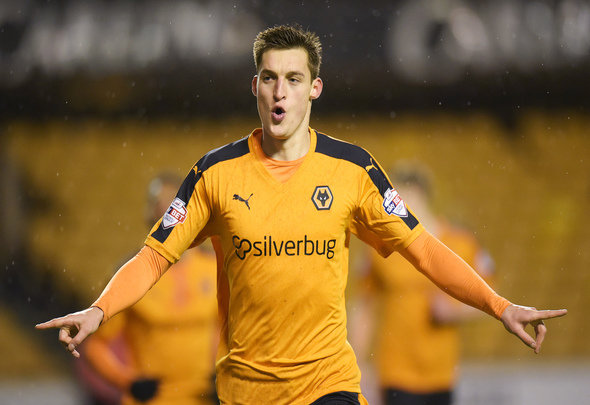 Wolverhampton Wanderers have confirmed that winger Michal Zyro has joined League One promotion hopefuls Charlton Athletic on a loan deal until the end of the season.
Wolves revealed on Monday via their official Twitter account, as well as their website, that the Polish international had agreed a deal to join the side sitting sixth in England’s third tier for the remainder of the campaign after struggling to break into the first team set up at Molineux.

Confirmation that Michal Zyro has joined @CAFCofficial on loan until the end of the season. All at Wolves would like to wish @Michal_Zyro the very best of luck for his loan move.

The five-cap flyer made his return from a long-term injury, which kept him out of action for over a year, during the summer, but managed to make just two cup appearances during the opening half of the season as the club rocketed to the top of the Championship table.
He has made just 10 appearances for Wolves since signing from Legia Warsaw in the winter window of 2016, with his torn knee ligaments having ruled him out since April of the same year, missing the entirety of the 2016/17 season.
Football Inside verdict
Zyro has had the most dreadful of luck during his time at Molineux, and there will not be a single fan who does not hope that the winger can rediscover his talent after his shocking injury layoff. His three goals came in his opening two games, signalling just how bright a player he was, but with the club having undergone an overhaul with Nuno at the helm, Zyro’s quality of competition increased significantly. A loan exit should give him the chance to build up his fitness and confidence, and the club will likely reevaluate his position come the summer.
In other Wolves transfer news, the club are eyeing up a swoop for a Newcastle United attacker.
We’ve launched a << BREAKING NEWS FEED>> exclusively for your club. ‘Like Us’ on Facebook by clicking here if you want 24/7 updates on all Wolves breaking news.