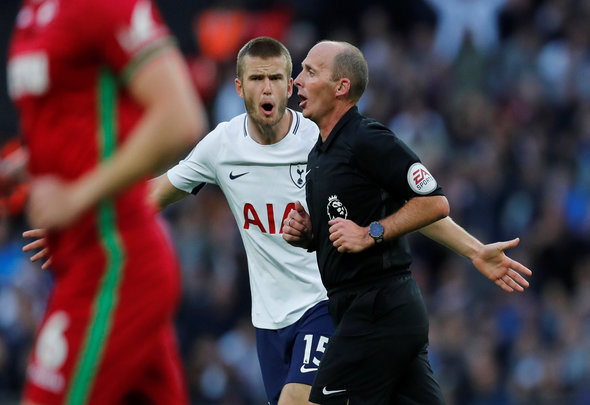 Mauricio Pochettino’s side were held to a 1-1 draw against the Baggies at Wembley Stadium on Saturday afternoon.

The result means that Spurs have only managed to pick up one Premier League victory in their last four matches.

Tottenham now find themselves outside of the Champions League places and they are currently 13 points behind table topping Manchester City.

Speaking after the match, Dier, 23, revealed that he was extremely disappointed with the referee for the way in which he handled the time wasting incidents from the opposition.

“I think the best thing would be for you to just watch the game again and just add up, from the first minute, the amount of time that was wasted by their goalkeeper,” he said as quoted in the Times.

“If you were to add that up I think you would find a big number.

“It’s confusing that you would wait until the 80th minute to penalise it when it has been happening from the first minute.

“So, it’s something I really don’t understand. It doesn’t make sense.

“He [Jones] said that he doesn’t want to be the referee that blows the whistle for someone holding the ball for longer than six seconds because no one does.”

It was no surprise that West Brom deployed such tactics as it helped them gain a crucial point in their fight against relegation this season.

Despite Dier’s comments about the referee, Tottenham were well below par throughout the 90 minutes and they did not deserve to get a victory.

The England international has now been deployed as a centre-back in Tottenham’s last five matches and he has only helped them achieve one clean sheet in the process.

Spurs will be looking to get back to winning ways when they face Leicester City on Tuesday evening.

In other Tottenham news, Spurs are in the hunt for this Serie A flyer and there is a cut-price deal on the cards.