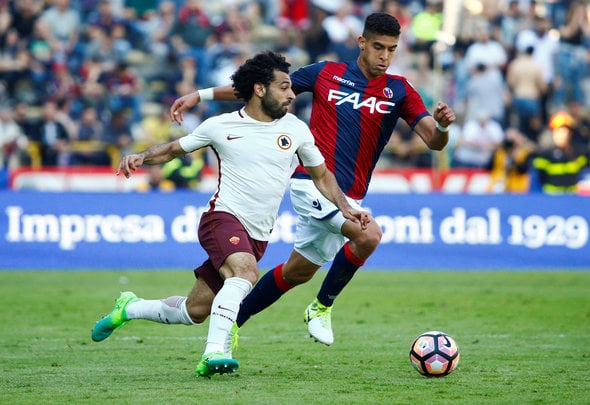 Tottenham are in the hunt for Bologna left-back Adam Masina, according to a report.

The Mirror claims that Spurs are making plans for life without Danny Rose, who is a target of Manchester United, and have set their sights on Masina, 20, as he could potentially be available on a cut-price deal in the future.

It is understood that United want to sign Rose, 27, in the January transfer window and Mauricio Pochettino has already made plans for his exit by setting his sights on the Italy Under-21 international flyer, who is playing regularly in Serie A with Bologna.

The report states that Pochettino is keen to develop the Morocco-born defender, who is tipped for a call-up for the Italy senior side in the future.

However the Mirror reports that Masina has just 18-months left to run on his deal with Bologna and a cut-price sale of him is on the cards for the future, potentially in January or next summer.

Sevilla are also said to be interested in Masina, who has made 14 appearances across all competitions this season.

Spurs’ full-backs are some of the most important players on matchday and Pochettino cannot afford to make any shortcuts when finding a replacement to Rose. It seems inevitable that the England international will leave North London in the future and it makes sense for the club to start making a plan for his exit. Ben Davies looks very composed in the left wing-back position and could easily become the number one choice there for the season, even if Rose stays. Masina could prove to be a good understudy. He is playing regularly in Serie A and has a good among of pace and energy to fulfill the role. However Spurs could really do with someone a bit more experienced, like with Serge Aurier and how they replaced Kyle Walker.

In other Tottenham news, Ben Foster has hit out at angry Spurs fans following the 1-1 draw with West Brom.