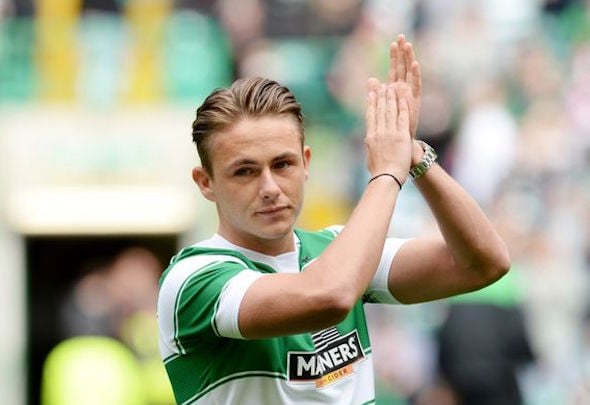 Celtic’s Scott Allan recently underwent surgery on a groin injury but there is now confusion over what happens now with the midfielder who is currently on loan at Dundee, according to a report.

The Evening Telegraph claims that the Hoops are in discussions with the Scottish top-flight side over a potential return to Parkhead for the 25-year-old due to his ongoing struggles.

Allan posted a photo to his personal Instagram account confirming the operation had been a success however Dundee are in the dark over the plans for the player’s recovery.

He is expected to be out of action until November following surgery but Dundee boss Neil McCann admitted they were waiting on guidance from Celtic over what the next steps would be.

“Because he’s a loan player we, quite rightly, have to be guided by Celtic and their medical staff,” McCann said, as quoted by the Evening Telegraph website.

Allan has been struggling with the groin problem for around a month after it first flared up when he was substituted before half-time against Rangers.

The midfielder joined the Scottish champions in 2015 but has spent much of his time as a Hoops player on loan elsewhere.

Last season, Allan spent the entire campaign with Rotherham United but failed to make an impact and only managed 11 appearances as the Millers were relegated from the English Championship.

This term, Allan penned a season-long loan deal with Dundee and was a mainstay in the side before succumbing to injury.

It’s unlikely he has any future at Celtic Park although the 25-year-old has 18 months left on his contract with the Hoops.