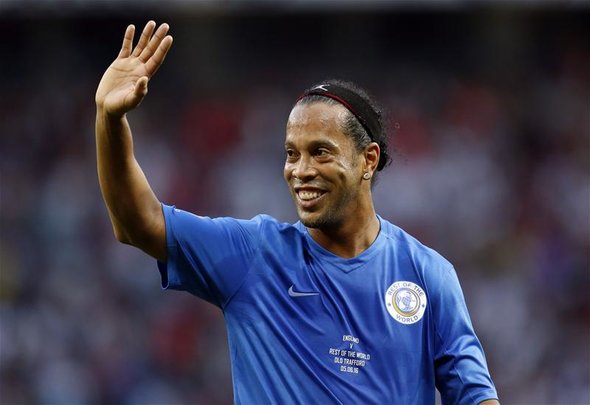 Craig Bellamy has revealed that he was once baffled that Newcastle fans had a two-hour debate on how they couldn’t believe Ronaldinho didn’t sign for them.

The former Premier League striker was referring to the days when he was playing at St James’ Park.

Bellamy claimed that a radio station up north once debated how and why the former World Cup winner picked Barcelona over them whilst he was at Paris Saint-Germain.

The outspoken TV pundit believes that showed to him that the north east club is “a little further up” then it thinks it is.

Bellamy was, of course, talking about the size of the club as he hit out at Newcastle when telling this brilliant Ronaldinho story.

“I remember there was a debate, Ronaldinho was leaving Paris Saint-Germain to go to Barcelona but there was an interest from Newcastle,” Bellamy told beINSPORT as posted by a Football YouTube channel.

“There was a two-hour debate on a radio up there, how they couldn’t believe he choose Barcelona over Newcastle.

“I was listening to it and still couldn’t get my head round it. Is this a joke here? It wasn’t.

“Then I sort of knew myself then that this club thinks that it is a little bit further up than what it really is.”

Former World Cup winner Ronaldinho is regarded as one of the greatest players to have graced a football pitch.

He was known for his immense dribbling ability and most importantly the skills he could showcase with absolute ease on the football field.

During his career, he won the 2002 World Cup with Brazil and lifted the European Cup before retiring in 2016.

When playing for Barcelona, he made 198 appearances for the club, scoring an impressive 92 goals added with his 52 assists.

He played for the likes of AC Milan and PSG during his career, scoring 190 goals, including 33 goals on the international stage.

In other Newcastle news, Gary Lineker has reacted to police raiding their stadium.