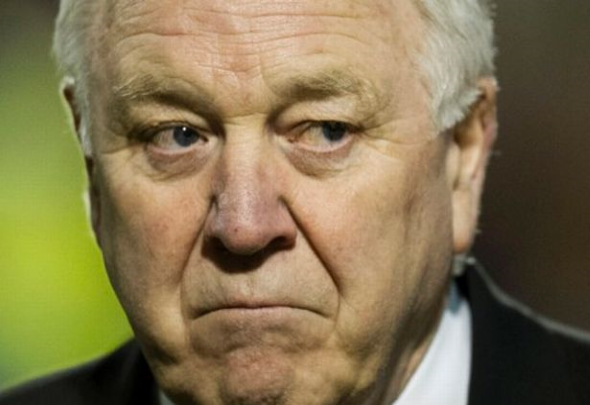 Brown worked with Murphy at Motherwell as he fired his way into the Fir Park record books by becoming the club’s all-time record European goalscorer.

The winger is set to recover from a foot injury and play in the crunch clash with Celtic at Ibrox and Brown reckons the boyhood Gers fan will have no problem dealing with the Old Firm atmosphere.

“Murphy is unmoved by any occasion,” said Brown, as quoted by the Sunday Post.

“In fact it (the Old Firm) will maybe inspire him. He is that kind of boy and he could be lifted by the stage.

“You see what he can do. The goal he laid on at Hamilton for Josh Windass. He had a shot on but instead he squared it across for Windass.

“That was really unselfish but that was Jamie Murphy.”

Murphy has been a mainstay in the side since arriving on loan from Brighton in January.

The former Motherwell and Sheffield United star has scored three times and created six assists in nine games for the Light Blues.

The Gers have an agreement to make Murphy’s loan deal a permanent switch in the summer and are widely expected to sign Murphy long-term.

Hopefully Brown is right and Murphy is inspired by the stage and can lead the Gers to three points against Brendan Rodgers’ side and close the gap at the top of the table to three points. Since arriving at Ibrox, Murphy has impressed and was getting sharper and sharper with every game before sitting out the Scottish Cup win over Falkirk with a broken toe. The 28-year-old offers a lot going forward but adds a fair bit to the Gers defensively and allows the likes of Declan John to get forward.