Signing Allan McGregor up to a new contract at Rangers should be a “no brainer” for Steven Gerrard, according to Alan Hutton.

The former Ibrox star, speaking exclusively to Football Insider assistant editor Russell Edge, insists the 38-year-old is playing some of his best-ever football as he heads towards the final months of his current terms at Ibrox.

As quoted by the Scotsman, Gerrard admitted that it is “too early” to be talking about a new deal but that the Gers “will certainly want to keep him around the football club”.

McGregor has been a mainstay for the club since his return to Glasgow but has faced added competition from Jon McLaughlin this season.

However, Hutton admits the shot-stopper is in the form of his life and that there is no question whether he should be offered new terms.

“I mean, he’s arguably playing his best football of his career which is crazy to say about someone at 38,” Hutton told Football Insider.

“I remember playing with him and he was outstanding for Rangers and Scotland but he moved away and I wouldn’t say he dipped, because he didn’t and was obviously still a great keeper, but it’s just a whole different atmosphere when you go to the likes of Hull and stuff, you’re getting beat.

“He’s came back and he’s got a purpose now, he’s got his eye on the prize to win the league and you can see he’s really up for it with his performances. As long as he wants to play, I would give him a deal.

“There’s no signs of him slowing down and even moving forward, would you not want someone like that coaching your younger keepers coming through? I would keep him for as long as he wanted to stay there so it’s a no brainer for me.” 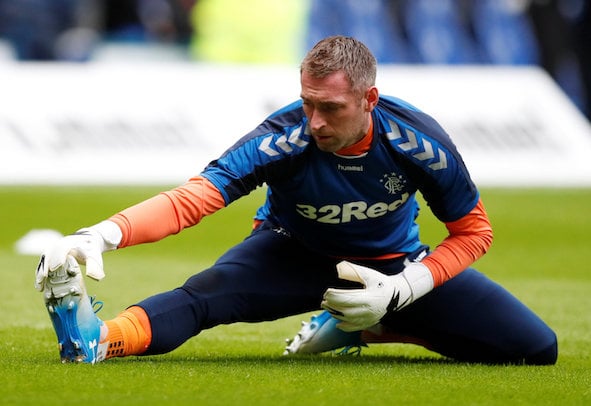 McGregor has played a total of 355 times for Rangers during his multiple spells at the club.

He only has four appearances under his belt this season after injury, and then the form of McLaughlin, kept him out the starting XI.

In other Rangers news, Kevin Phillips claims forward target is “like Scott Sinclair” but “more dynamic”.news,