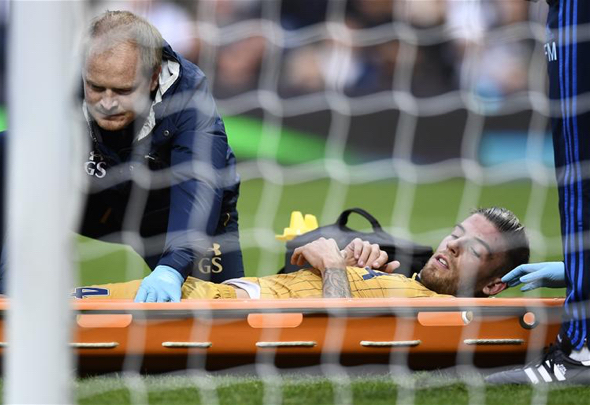 Toby Alderweireld has lost his race to be fit for the north London derby at the Emirates on Sunday, according to a report.

The news will come as a huge blow to Spurs, who boast the best defensive record in the Premier League with just five goals conceded.

Alderweireld has played a big part in this, playing the full 90 minutes in all of Tottenham’s Premier League games up to his knee injury against West Brom in a 1-1 draw.

Eric Dier has been an able deputy in the two Premier League games since, helping to keep a clean sheet against Bournemouth and only conceding once in the 1-1 draw with Leicester on Saturday.

However, Arsenal will pose a much stiffer challenge to the Spurs back four. They have scored 15 goals in their last five games across all competitions and 23 in the Premier League, just one less than Liverpool and Manchester City.

Mauricio Pochettino was hoping to have Alderweireld back for this week’s games as Tottenham host Bayer Leverkusen in the Champions League before travelling to the Emirates on Sunday.

However, according to the Evening Standard, this is no longer the case and he will miss both games.

Arsenal are looking to maintain their fast start to the season, but they are still looking for their first win in the Premier League against Spurs since Pochettino took over as manager.

In other Tottenham team news, this journalist has said that draws are as good as defeats to Tottenham now.