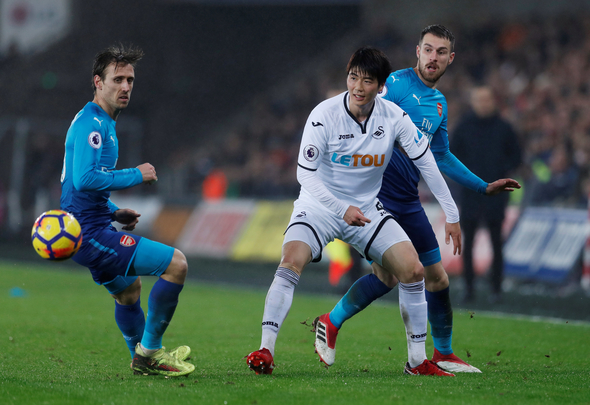 Ki Sung-Yueng believes that the current Celtic side under the management of Brendan Rodgers is far better than the one he played in under Neil Lennon.

Ki spent three years with the Hoops, winning a league title and a Scottish Cup, before moving to Swansea in 2012, where he has been a mainstay of the side ever since, and despite winning a title with the Hoops he admires how well the current team have done.

The South Korean give his verdict on the current Hoops side to the Daily Record, and revealed he was particularly impressed with the British record of 69 domestic games without defeat that the Hoops set earlier this season.

“The current team is much better than when I was there” he said.

“Brendan Rodgers is the manager who has made the team really competitive. When I saw they hadn’t lost 60 or 70 games I thought that was an incredible achievement.”

You can’t really argue with what Ki says, as statistically the Hoops are far better now than they were when we played for the Hoops, however, you do have to take into account that the Bhoys were better competition in the league back then, as it was prior to Rangers’ liquidation. The football played by the team Ki was involved with may have been slightly better at times also, as the strike force of Gary Hooper and Anthony Stokes were deadly at times. Overall though, you have to say that the current Hoops side has the potential to be very special, which isn’t the case with the team Ki played in.