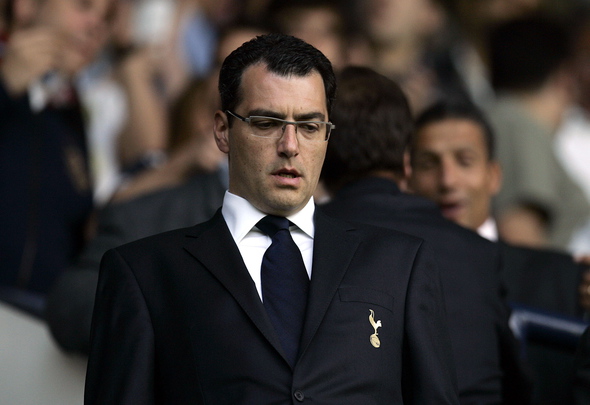 Damien Comolli has defended the lack of activity from Tottenham in the summer transfer window as he believes it is “extremely difficult” for them to improve on what they already have.

Spurs are the only Premier League team who have failed to announce a single signing since last season ended, even though their first fixture of the new campaign is now less than two weeks away.

Mauricio Pochettino has seen his squad thinned with the permanent departures of Kyle Walker, Nabil Bentaleb, Clinton N’Jie and Federico Fazio, meaning that there should surely be money there for the Argentine to spend.

However former Spurs director of football Comolli has suggested that his old employers are faced with a brilliant problem with the fact being that they are too strong to be able to improve.

“I think Tottenham deserve so much respect for what they’ve achieved,” said Comolli to TalkSport’s Alan Brazil Sports Breakfast, as quoted on the TalkSport website.

“Daniel Levy and Mauricio Pochettino are working with less money than everybody else and working on a lot smaller wage bill than any of the Premier League’s top five – we need to give them some credit.

“I’m sure they know exactly where they’re going [in the transfer market].

“The thing with Spurs which is extremely difficult for them to deal with and is probably very frustrating, is that if you take that first XI, it’s so difficult to make it better because every player is fantastic, every player is young.”

Comolli only spent three years in the Tottenham hierarchy before he left his role in 2008 shortly after Juande Ramos was sacked as manager.

During his spell at White Hart Lane he was behind some major signings including Gareth Bale, Luka Modric and Dimitar Berbatov.

Spurs are widely known to have a distinct lack of depth in their squad, which is perhaps what led them to finishing runners-up in the Premier League last season.

The Daily Mail has recently reported that Leicester winger Demarai Gray is a target of Tottenham, but they are put off by his price-tag.

In other Tottenham news, the Londoners are plotting a big-money move for this Bundesliga defender.