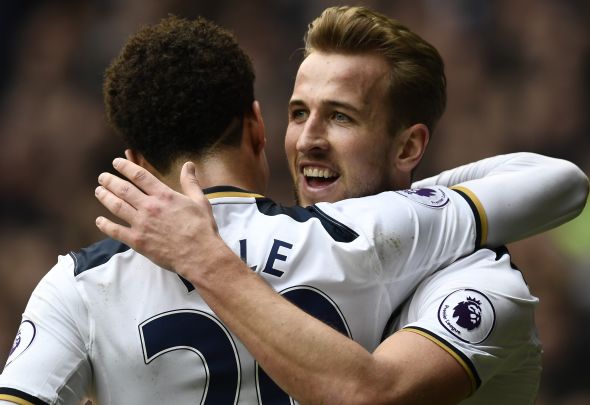 The trio have been in stunning form for Tottenham this season, forming one of the most formidable attacking units across Europe and the Premier League.

They stole the show once again as Tottenham overcame Everton in an exciting affair at the weekend, and in his column for the Irish Sun, Higginbotham praised the impact the trio had on proceedings.

Kane (twice) and Alli were both on the scoresheet in a 3-2 victory, a result which sent Tottenham six points clear of north London rivals Arsenal, who are in fifth place.

“Christian Eriksen and Dele Alli both got in advance of Kane, who was able to drop deep into the space created by them. He made it count with his turn and strike.”

Kane’s impressive double was the latest reward for a striker that has been in such a rich vein of form this season, scoring 19 league goals from just 22 appearances.

The 23-year-old has scored two or more goals in a league game on six occasions this term, including two hat-tricks.

Alli, 20, meanwhile, has also been particularly fruitful from his attacking midfield role. His Everton strike was his 15th in all competitions this season, while he has also supplied seven assists.

But it is Denmark international Eriksen that remains Tottenham’s most creative outlet this season, contributing 14 assists and eight goals from 36 matches.

In other Tottenham news, Jimmy Floyd Hasselbaink has revealed why this cringey goal celebration was so good.