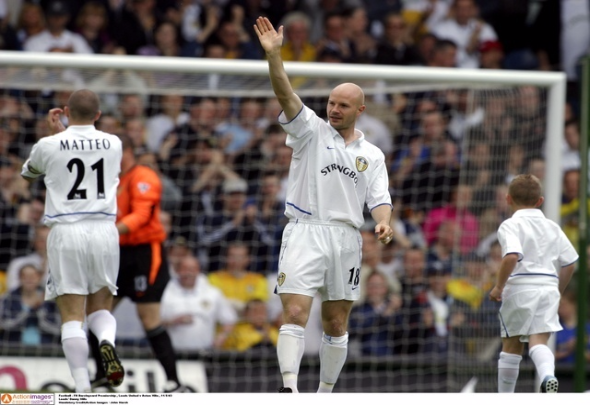 Danny Mills has stated that Leeds have “bigger things to worry about” despite being knocked out of the FA Cup to Sutton on Sunday afternoon.

Garry Monk’s side were beaten 1-0 by the non-league outfit after a poor display at Gander Green Lane.

Mills’ comments will come as a bit of a surprise because the Whites have just suffered one of the most humiliating defeats in their history which could affect their promotion charge in the Championship.

As a former player, you would expect Mills to be very critical of the team but he praised Monk for the job he is doing this season and for taking responsibility for the loss.

Jamie Collins scored a penalty after 53 minutes in what was an energetic and attacking display from the home team.

The Championship outfit’s night went from bad to worse when Liam Cooper was shown a second yellow eight minutes from time.

After the game, BT Sport pundit Mills had this to say about his former club’s performance and their manager Monk.

“I think he has done magnificently well [this season],” Mills told BT Sport. “He has said ‘it is my fault and I accept whole responsibility’.

“I think he has handled himself well, but ultimately, yes it’s a massive disappointment, but for Leeds, there are bigger things to worry about this season.”

Prior to the Sutton fixtures, Leeds narrowly beat League Two side Cambridge to progress to this stage.

Nonetheless, they will be hoping the loss does not affect their form in the Championship as they are aiming to secure a top six spot.

Their next two league fixtures are away from home, first they travel to Ewood Park to take on Blackburn at the start of next month before a Yorkshire derby against Huddersfield awaits them five days later.

In other Leeds news, Chris Sutton delivers one word verdict on the Whites display in the FA Cup.