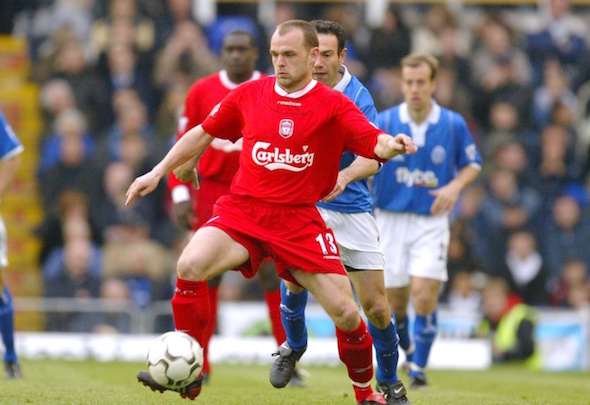 Danny Murphy has claimed it is not easy to be in Kyle Walker’s position with regards to the transfer speculation surrounding him.

The speculation Murphy refers to is Manchester City’s interest in securing the Tottenham right-back’s services this summer.

It was reported on Thurday by the Evening Standard that Spurs have softened their stance on Walker’s transfer, and they will now listen to offers of £35million, amid interest from Pep Guardiola.

This comes after the Independent reported that Walker sees his future away from Spurs after a fall-out with Mauricio Pochettino over his fitness and selection.

Walker has found himself out of the side in recent weeks, and he was only used as a late substitute in the North London derby win last weekend.

But Murphy claims it is not Walker’s fault if his focus is on the speculation surrounding his future, rather than on training.

In his Evening Standard column, the former Liverpool and Spurs midfielder wrote: “When you are aware that another club want you, it can become the focus of your day rather than playing and training.

“If Kyle Walker is the subject of interest from Manchester City, as has been reported, then he will know all about it. It is not an easy position to be in.

“So Walker must feel good to be wanted by a club like City. But it is still something that consumes players. If they want to move, they will be asking themselves questions constantly.”

Murphy also commented on the reported pay rise which Walker could be subject to if he were to move to City, saying that the player must take into account his family and their future.

Walker has made 31 appearances in the Premier League this term, providing six assists.

Murphy himself made several big moves over his career, moving from Crewe to Liverpool, and Charlton to Tottenham.

In other Tottenham news, Slaven Bilic has made this huge claim about the club, sharing why they have been so good this year.