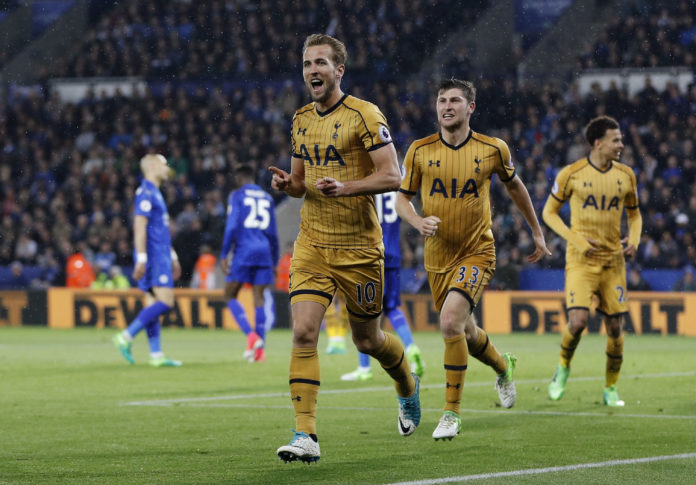 The Mirror claim that United manager Jose Mourinho has demanded to his club’s chiefs that they pursue the 23-year-old in the summer in a £100million raid.

However, the Independent report that Spurs value Kane at close to £200million and have no intention of selling the striker.

The England international has quickly become one of the best forwards in the world and his goalscoring statistics back that up.

He made 38 appearances across all competitions last season for the north London club and scored 35 goals in return.

Spurs legend Ginola states that his former side must keep Kane as he is vital to any potential title push in the near future.

“Harry Kane should stay at Spurs,” Ginola told the Alan Brazil Sports Breakfast show on talkSPORT. “Spurs need Harry Kane to stay if they are to win the Premier League next season.

“That’s very important. Tottenham had a great season and finished runners-up last year. They need to keep their best assets if they want to win anything in the next few years, and Harry Kane, along with the likes of Dele All, is one of their best assets.”

Kane has emerged as a talisman for Mauricio Pochettino’s side and has captained the team in the absence of Hugo Lloris.

The striker has become very efficient in front of goal during recent seasons for Spurs and is now their main threat.

He has made 165 appearances for the club and scored 99 goals in return, which has caused many people to tip him to break all sorts of records.

There is a real belief that Pochettino’s current squad can become the first Spurs team to win the Premier League title and Kane is considered to be vital to the goal.

In other Tottenham transfer news, the club’s supporters have urged them to sign a 21-year-old international striker.