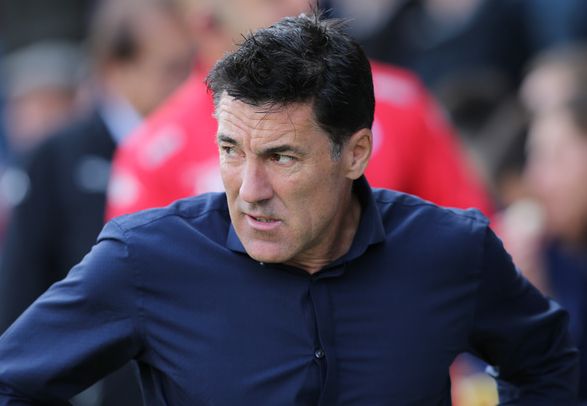 Villa are currently 15th in the Championship, 33 places below Tottenham in the football league pyramid, with the north London club second in the top-flight.

However, speaking to BBC Sport, Saunders insists that Aston Villa are still bigger than the likes of Tottenham, Chelsea and Manchester City, despite their current position in the second-tier.

“Compare them to Tottenham, who were trying to break into the Champions League at the same time as [Martin] O’Neill was in charge, or Everton, who are trying to do it now – there is no difference in the size of those clubs. Villa are actually bigger than both of them.

“The difference is the way they have been run. That is the reason Villa have gone in the opposite direction.”

Aston Villa’s drastic decline saw them relegated from the Premier League last season with just three wins from their 38 games.

However, their slip continued throughout the first-half of the current campaign, with Steve Bruce’s side down in 17th place and one point clear of the relegation zone heading into the final week of February.

But Villa have since won back-to-back games against Derby and Bristol City to lift themselves back within just eight points of the Championship’s top ten.

With 12 league games left to play this season, promotion seems an unlikely target for Aston Villa, but Saunders is still confident that his former employers are one of the biggest clubs in the country.

The ex-Wales international was part of the Aston Villa side that were runners-up in the Premier League during 1992-93 season.

In other Aston Villa news, Ian Taylor has delivered his verdict on Villa’s victory over Bristol City on Tuesday night.