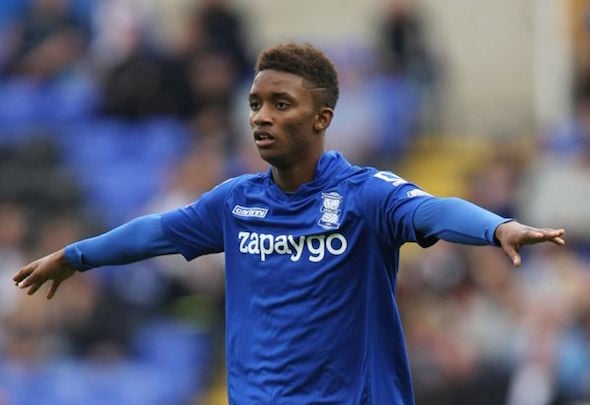 Leicester City winger Demarai Gray believes Tottenham’s Kyle Walker is the toughest Premier League defender he has ever come up against.

The 20-year-old winger made his debut for Leicester in an FA Cup third-round clash with Tottenham on January 10, 2016, netting an assist in a 2-2 draw.

Gray also featured in the replay ten days later, where he faced-off against England full-back Walker.

The 26-year-old Tottenham defender has been in impressive form for the north London club of late, contributing six assists from 27 appearances in all competitions this season, and has drawn the plaudits.

When asked by FourFourTwo who was the toughest defender he has faced in the Premier League to date, Gray replied: “Kyle Walker. I faced him twice in my first two games, but I thought I did quite well.

“It was good for me to play against him straight away because I then knew the standard of defender I would be up against in the Premier League.

“He’s a very athletic full-back who’s tough to play against and it helped teach me how to adapt my game against different players.”

The England Under-21 international has the potential to become one of the Premier League’s stars of the future, and also admitted that he wants to emulate Tottenham midfielder Dele Alli in his rise to fame.

Since making his debut against Spurs a year ago, Gray has still largely been restricted to substitute appearances.

The 20-year-old winger has started just six of his 19 Premier League appearances this term, and has completed the full 90 minutes on just two occasions.

He has though, featured more regularly under Claudio Ranieri since the new year, appearing in all nine of their fixtures in all competitions.

In other Tottenham news, Spurs have joined rivals Arsenal in the race to sign highly-rated Monaco forward Kylian Mbappe.