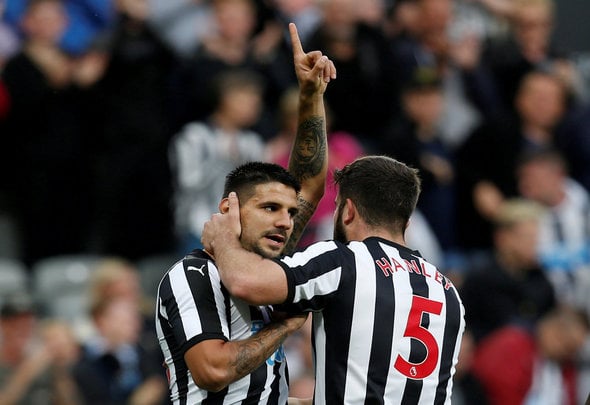 Championship side Derby County are interested in recruiting Newcastle United defender Grant Hanley even though he is headed for a medical at Norwich, according to a BBC journalist.

The 25-year-old has strong been linked with a move away from St. James’ Park this summer and a Football Insider exclusive on Tuesday revealed that the centre-back was set to undergo a medical at Carrow Road.

Nevertheless, Ian Dennis, a football reporter for BBC Radio 5 Live and Match of the Day, claims that the Rams are “keen” on the Magpies defender and also stated that Fulham were “not in for him”.

Heard Derby Co keen on #NUFC Grant Hanley but Fulham are not in for him. #FFC

Hanley signed a deal to join the Tyneside outfit from Blackburn just last summer, but the defender made just 16 appearances during his debut season.

The Scotland international hasn’t been seen in Rafa Benitez’ squad for any of the club’s opening Premier League matches since their promotion but managed to feature in the Carabao Cup squad which faced Nottingham Forest.

Hanley appears to be attracting a a number of Championship clubs, which suggest that he was better suited to the lower league competition. Since moving to the top flight with Newcastle, he hasn’t made a single appearance which suggests that Benitez is looking end the Scotsman’s short time with the Magpies. Moving back down to the Championship will allow him to develop and play regular first team football, which is something he’s not likely to get with Newcastle. Even a loan spell would be beneficial, but Benitez needs the funds from a transfer to secure more players before the transfer window shuts in just a few days time.

In other Newcastle news, fans have reacted on Twitter after the club announced that an attacker had secured a deal.