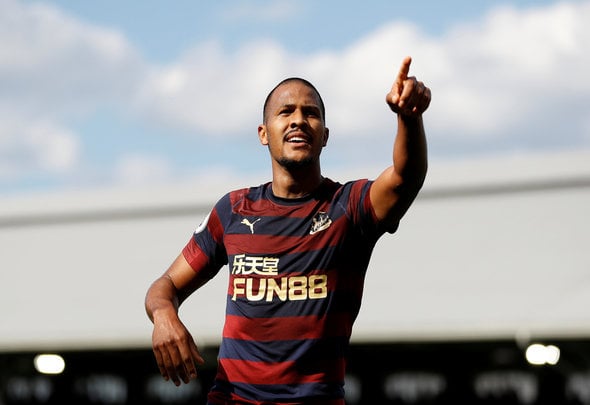 Darren Bent has revealed he was blown away by the performances of West Brom’s Salomon Rondon last season during his loan spell at Newcastle United.

The former Aston Villa and Sunderland striker, speaking exclusively to Football Insider, says that he was left baffled by the Magpies’ decision to swap Dwight Gayle for the Venezuelan hitman but that the Baggies loanee proved why in the second half of the season.

The pair switched clubs for a season-long loan and both enjoyed success at their temporary sides, Gayle netting 23 times for West Brom in the Championship while Rondon scored 11 goals in the top flight.

Admitting he was not too impressed by the South American star during his seasons with West Brom, Bent was forced to eat his words after watching the 29-year-old impress up front at St James’ Park.

Speaking to Football Insider, Bent said: “He quite surprised me last season because when they swapped them two, Dwight Gayle and Rondon, I said: ‘What are they doing?’

“I just felt Dwight Gayle would always score more goals than him, always a lot more dangerous and I thought that Rondon was more of a target man but the second half of last season he was brilliant.

“He scored crucial goals, held the ball up really well, led the line brilliantly and he really impressed me. I didn’t think he had it in him, his stats at West Brom were never that high. When Newcastle really needed him, he stepped up.”

After last season Rondon now has 35 goals and 15 assists in 140 Premier League appearances, while Gayle has managed to net 21 times in 99 top flight outings.

The pair have now returned to their parent clubs, the Baggies revealing they could not afford to snap up Gayle permanently despite his dazzling goal scoring record in the Championship.

In other West Brom news, it can be REVEALED the Baggies are looking to blow Leeds United out the water in their hunt for a midfield star.