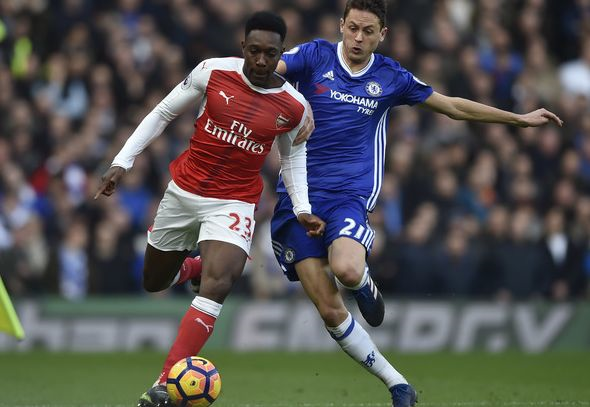 Dietmar Hamann believes that Liverpool have “missed a trick” by not trying to sign Nemanja Matic this summer.

Manchester United confirmed on Monday that they have completed the £40million signing of the midfielder from Chelsea.

The 29-year-old is fresh off the back of helping Chelsea win the Premier League title last season, but he has now taken up a fresh challenge with Jose Mourinho at Old Trafford.

He is renowned for being a combative midfielder and is exceptional at tackling, while also proving his offensive qualities with nine assists last season too.

Ex-Liverpool ace Hamann believes that his former side should have tried to sign Matic and feels he is good value for money at £40million.

“Matic to United is a mighty coup for Mourinho’s men. I think Liverpool missed a trick, type of player we badly needed. Fee looked reasonable too,” Hamann wrote on his personal Twitter account.

Matic to United is a mighty coup for Mourinhos men.I think LFC missed a trick, type of player we badly need. Fee looks reasonable too

Matic is a three-time Premier League winner from his time with Chelsea and will be under pressure to perform at United.

The Serbia international is likely to sit in front of the defence and allow the likes of Andrea Herrera and Paul Pogba an attacking licence.

Hamann stated that Matic would have been able to improve Liverpool and feels the Merseyside club need someone of his stature.

Jurgen Klopp has a wide variety of central midfielders at his disposal, with Emre Can regarded as the most defensive.

In other Liverpool transfer news, Inter Milan are plotting a move to sign the club’s winger.